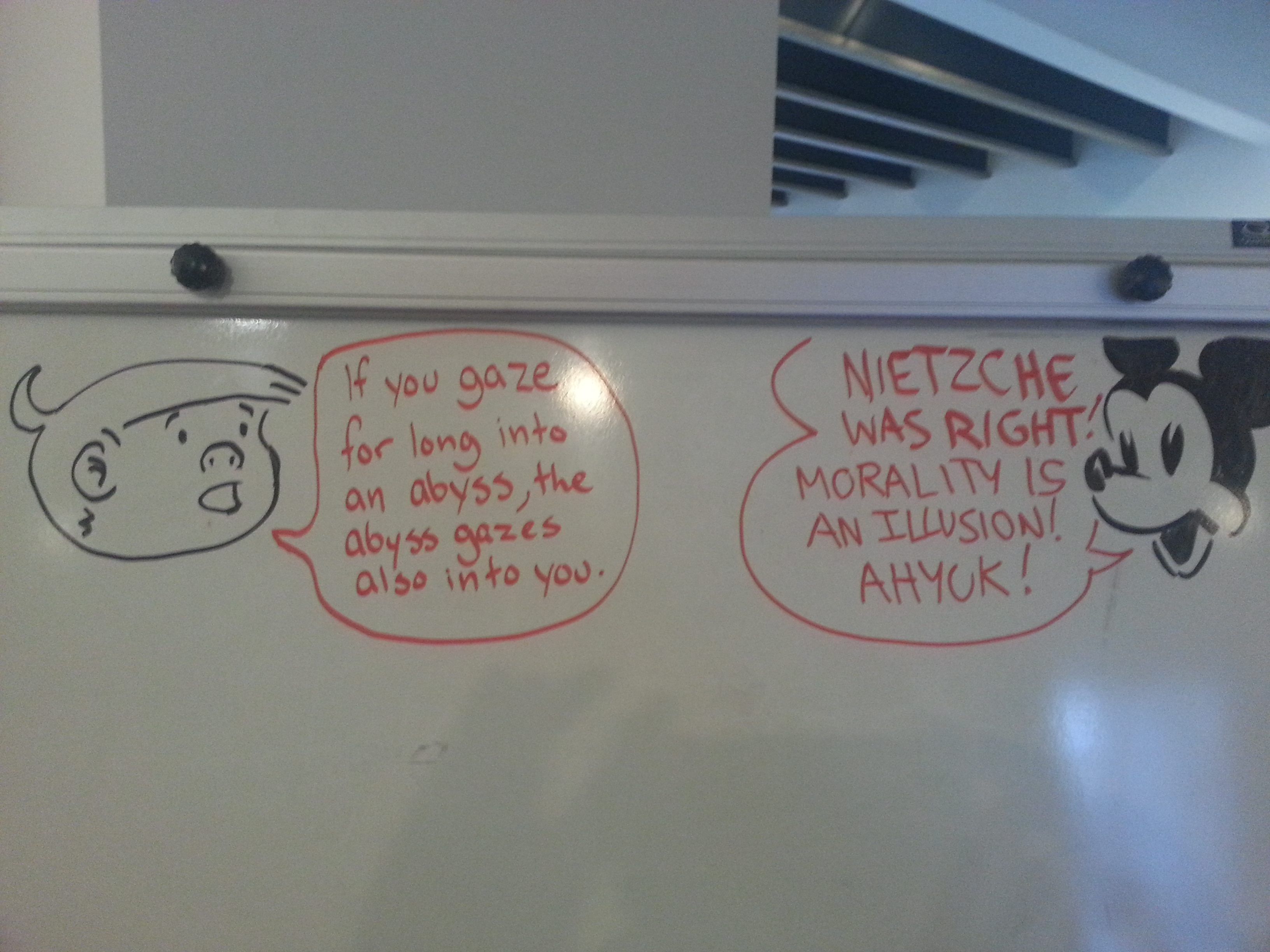 It speaks to the newness of comics in academia that my MFA program is only four years old, with this summer being only its second graduating class. You’d be hard pressed to find any comics graduate programs created further than five years ago.

It’s this nascent quality I found most appealing and why I chose to pursue comics instead of a more established field of creative writing. There’s no established canon of comics, no prevailing school of thought, no ivory tower. Everyone is still figuring out what to teach, how to teach, and there’s a willingness to experiment with curriculum and structure that I didn’t really see looking at other fields of study.

The unconventional structure of my program is a testament to that alacrity. It’s low residency, with the classes all happening in the summer and the fall and spring terms carried out online. This past July, I kicked off my first year of grad school in San Francisco, and will be back there again for the next two Julys.

San Francisco. A city with a storied history of art and diversity. Birthplace of the hippies, the Beats, the Underground Comix movement. Full House.

And of course, the multi-million/billion dollar tech industry. This was the view from my campus-provided apartment for the summer.

The headquarters for Patreon was down the street with Zynga and Adobe on the way to the school. This side of San Francisco, they don’t advertise in the brochures. A lot’s been said about urban gentrification and economic disparity and I’ve seen and experienced it myself in the places I’ve lived and visited. But I’ve never seen it in so stark and pronounced like how I saw it in the Bay area, and especially in the part of SF we were housed in. It was even harder to reconcile the fact that my classmates and I were passively contributing to that disparity through the sheer nature of how our program accommodated us. We were living in a newly built apartment with amenities like electronic keys, a rooftop garden, and flat screen tvs in every room. Yet on the very same street corner, there were people sleeping on the sidewalks with only one shoe.

I don’t think any of us felt guilty per se. This program is not cheap and none of us were so economically fortunate enough to not need some kind of financial assistance. I’m definitely going to be graduating with a worrisome amount of student debt and I’m not the only one. But I think all of us felt a mild awkwardness walking to class five days a week to talk and draw comics while passing by people living in tents or out of their vehicles.

And about my classmates, they’re probably the biggest boon to come out of my grad school experience so far. I don’t know if it’s the same for other MFA programs, but my class is small with only nine students including myself. The makeup of the class is diverse, not just in academic and artistic background, but also demographics. So much so a few of us joked about if we were going to be forced to do a photo-op for the marketing department.

But I say my cohorts are the biggest boon of MFA program so far in that there’s a real sense of camaraderie that emerged during the summer. Part of that is due to shared interests and the “we’re all in this together” mentality built into my program, and part of that is our summer session was so intensive, it felt like we shared a foxhole. But it’s been noted that our group, more so than past classes, has a sort of natural chemistry, an ineffable “clicking.” All nine of us have different perspectives, priorities, and endgames in mind, but given how diversity can easily breed conflict and how comics people especially can be very stuck in their tastes, I’m still surprised that we’ve all gotten along so well.

Granted, it’s still early so anything could happen. But given that by the end of the first year, we were drawing cartoon characters espousing amoral nihilism on the whiteboard for the other classes to see, I’d say we’re on the fast track to forging lasting relationships for the future.