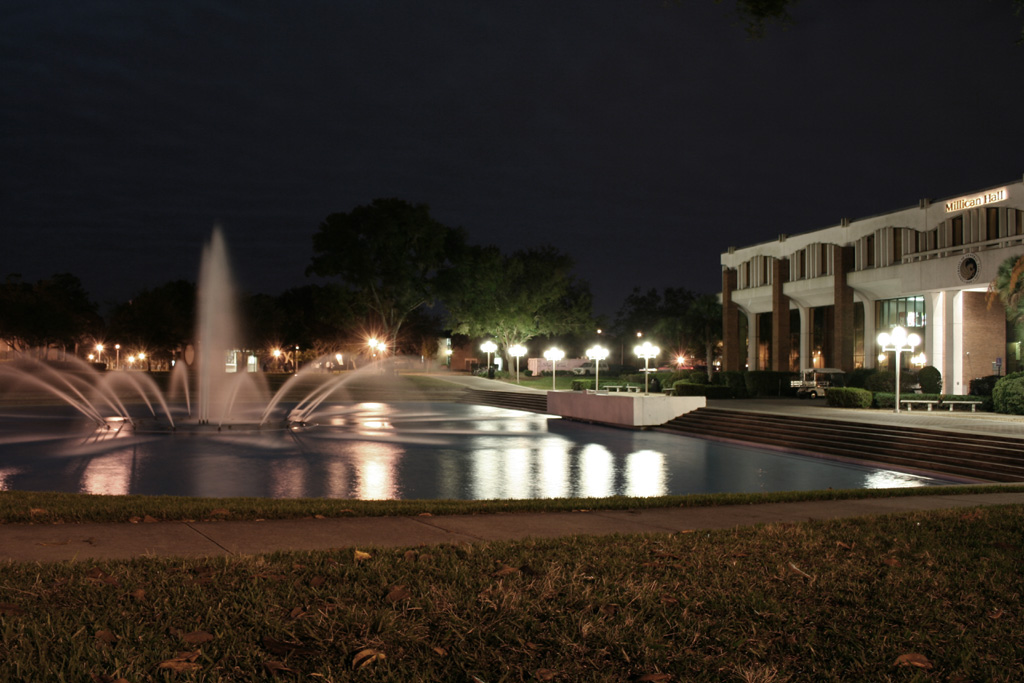 It’s about two weeks into the semester now, and I still don’t know exactly what I’ve gotten myself into, but I sure am happy to be where I am, eating a pineapple pizza in UCF’s Student Union and getting my keyboard all greasy as I type the latest version of my introductory post. I honestly had to start this entry over a few times, unhappy with what I’d written and a bit doubtful of my talent—the writing portfolio that had worked for me so well during the application season was composed of works at least a few years old and I started to fear that I’d been out of school for too long and had lost my knack for writing! But just being back in school for these few weeks, surrounded by fellow writers and already reading and writing more than I have in years, I’m starting to feel steadier.

Right now there are tropical storm and tornado watches in effect and I might have to caulk and float my Prius back home after class tonight, and then again to work in the morning (I wonder how many nautical miles per gallon a hybrid gets). But that being said, almost everything about Orlando is great, so I’ll take the temperamental hurricane season.

My boyfriend and I drove down from the Philly suburbs about three weeks ago with a small and not entirely thought-out selection of our things. He and his mother later drove the moving truck down and dog from Pennsylvania, while I sat around and cleaned and waited for the AC to be fixed in our new house—I love the heat, but wasn’t about to subject anyone else to August in Florida without central air. A day after arriving, I found myself with a part-time job that’ll do wonders for what I’m envisioning my thesis will be (a nonfiction work on cultural nostalgia), but before I even type the first words of my thesis, I know I’m going to have to perfect the school-work-life balance in a way that apparently doesn’t come naturally to me. I want to throw myself into all three enthusiastically and fully (and maybe rescue some manatees while i’m at it), while keeping a clear focus on why I’m here—to immerse myself in a community of writers that has proven itself to be wonderful thus far.

Not too long ago, it seemed like late August would never arrive. I was having a particularly bad day when I got the call from UCF’s MFA Coordinator. The northeastern winter just wasn’t going away, I was having trouble sleeping, the acceptances were starting to roll in on the MFA Draft, which filled me with dread about my own fate. I’d gotten one waitlist notification, and otherwise, crickets. Literally, too—my house was filling up with camel crickets, the worst kind!). Then, I received a voicemail from an Orlando number and after returning the call, it was pretty much official—upon receipt of UCF’s fully funded offer,I was going to grad school somewhere, and already UCF was a pretty clear choice. As a Disney fan and one-time Disney Cruise Lines employee, Orlando already held special memories for me. I had family in the area, as well as a couple of Disney friends, and a family I knew from the Quaker meetinghouse in St. Louis (I completed my undergrad at WashU) had moved there. And the UCF students I’d corresponded with were all so open and seemed to really value the education and community that the program provided them.

When the time came to make a decision, I’d been admitted to a few other lovely-sounding programs, some of which were also able to offer me funding, but by then I’d spent so much time learning about UCF’s offerings, and about Orlando in general. I picked out the classes I wanted to enroll in, and had decided that teaching writing in the community was definitely something I wanted to do while at UCF. I’d identified the veg*n-friendly restaurants in town, and all the Wawas in the general area, for when I wanted a taste of home. I’d researched season Disney passes and the things to do around Lake Eola. I hadn’t even made an official decision, but I was beginning to view UCF and Orlando as my new home. After the city’s disastrous June, when met with “you’re moving there? But everything is going wrong!,” I found myself proudly telling others how beautifully the citizens of Orlando had united in the face of tragic events. The image of people running out to cover a Pulse vigil with a large tarp in anticipation of the daily afternoon rain really stuck with me.

Even though I had already adopted UCF and Orlando as my new home, I’ve definitely had to adjust in some ways. There are tiny lizards all over the place. The Wawas here all have gas stations, and they all sell alcohol. My native Delaware County, PA is home to many of the oldest/smallest Wawas, and I could go on all day about Pennsylvania booze laws. The roads in Orlando are huge and lend themselves to risky U-turns. UCF is also huge, with over 60,000 students and a campus that dwarfs WashU’s. And I remember, coming from a small Quaker high school, thinking WashU was gargantuan.

As an undergrad, the majority of my nonfiction courses were taught by the same instructor, and by my last semester, I was in a four-person advanced workshop with three students I’d studied with in prior courses; now I have to familiarize myself with the teaching/workshopping styles of a whole new group of instructors, sometimes only through online communication. While my cohort is small here and I’m sure I’ll get to know them in time, it takes a while for me to form friendships and I’ve grown accustomed to living in my hometown and spending my time with friends I’ve known since middle school. I am lucky enough to have two friends—one from high school and one from undergrad—who just happen to be starting programs at UCF this year, too!. I’m used to leaving an office at 5PM and spending the rest of the night watching Netflix with my boyfriend, and I’m used to being able to drive five minutes (along a quaint little two-lane road) and letting myself into my mom’s house to see her and the now-elderly pets I’ve had since childhood. Luckily, my mom is already planning a visit for October, and being in Orlando, I don’t think I’ll have to beg many people from back home to come visit.

Overall, there’s a lot to get used to, but also a lot to be excited for. As I get more settled into my life here, I can’t wait to throw myself into it all.