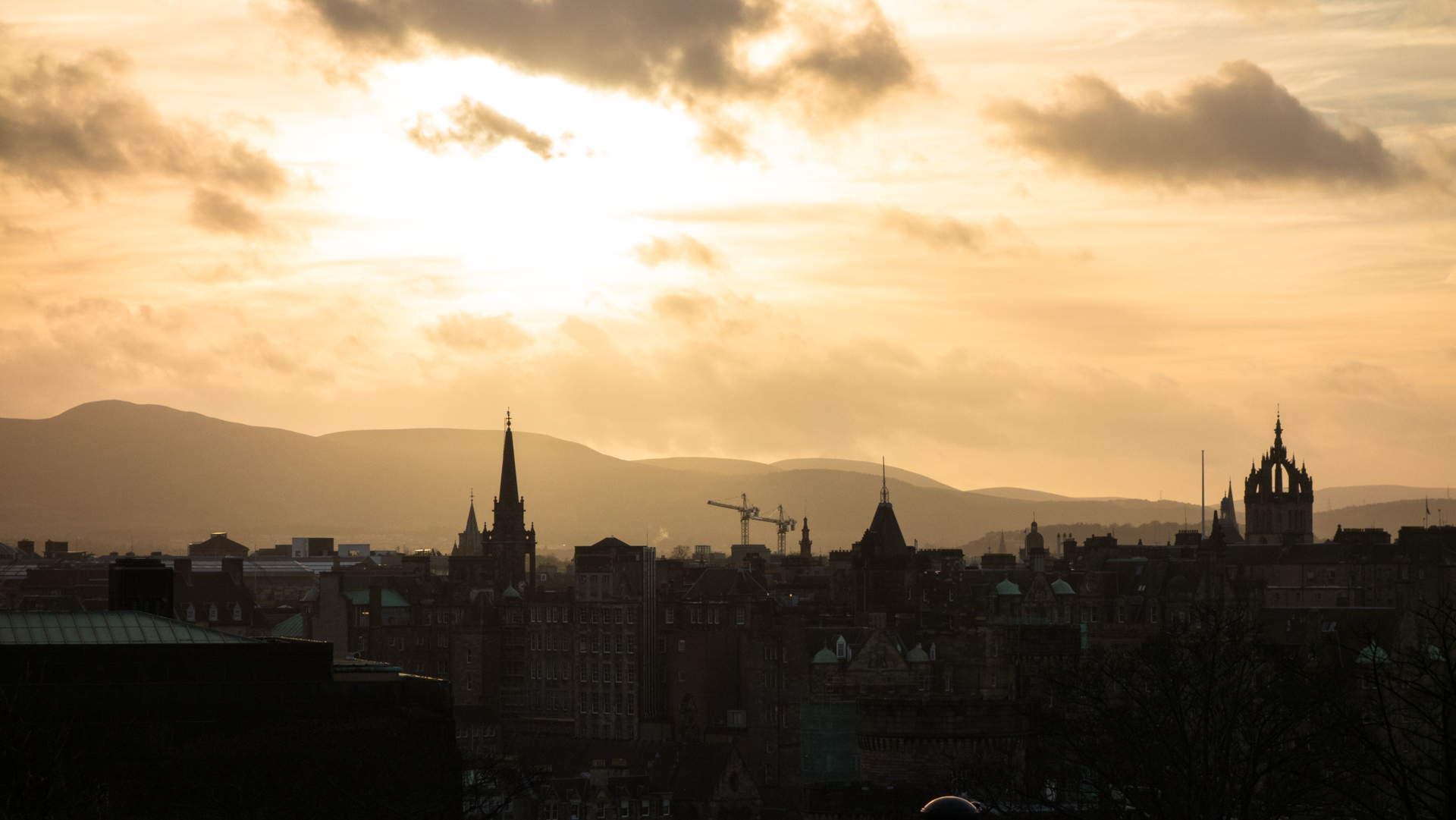 On Christmas Eve, I walked the markets in Edinburgh alone. I had a German sausage and stood against a corner street lamp watching people walk around until the markets closed at 8, until they asked for everyone to leave because it’s Christmas Eve and the Christmas market folks have places to be on a night like that. All of my flatmates had gone off to their respective holiday destinations, whereas I stayed in the city. I knew that I was coming back to an empty flat. It’s not like I didn’t have the opportunity to spend Christmas Eve in a place with people, as I had been invited by several friends, new and old, to come down closer to London if I wanted company during the holidays. However, I was being stubborn and I had started seeing someone local in the city and I wanted to be here for that. There was, in my mind, an unspoken hope that while this isn’t quite my city, I was feeling pretty good that I had somewhere to be with someone in the coming weeks, and the city felt all the warmer for it.

I left the Christmas markets and walked down Princes Street back to my flat and I ended up trailing behind a man wearing a giant backpack. A traveler, from who knows where. At this time of year especially the city is filled with people passing through, here to see the old city done up in Christmas lights and for its big Hogmanay celebration. As I followed a few paces behind him he drifted left. He was holding in his hand a premade sandwich from Tescoes in a plastic container, and he approached a homeless man who was lying in a sleeping bag against a building, head propped under a tucked arm, facing the street. The traveler slowed, left the sandwich a foot away from the man’s face, and walked on, not saying anything, not looking back. The homeless man reached out with his free arm and gently scooped it close to him, also without a word. As I walked past I saw he had been surrounded with various bits of food, little Christmas presents from strangers walking by, and he lay there, hugging the sandwich close to him, lying like some living shrine of human compassion.

I went to my flat and made pasta and wrote as many people as I could that night, and the flat didn’t feel so empty and the distance didn’t feel so large.

On New Year’s Eve, I worked a shift at a hotel serving tables for a New Years dinner party that was meant to stretch long past midnight. Early in the evening I was carrying a tray full of drinks and a man who was very excited about whatever it was he was talking about swung his arms out and spilled the tray of champagne all over me and I broke quite a bit of glass in the process of trying to pick it all up, and I ended up making things worse. The commotion got the attention of the manager in the event and he rushed over and everyone around rushed at him yelling “it wasn’t the waiter’s fault!” Once I managed to dry off I was given a table where a family of eight were sitting. From the dining room we all had a clear view of the castle, and I could see people milling about just outside the building. The streets of Edinburgh shut down for New Years and become full of people, locals and travelers, crowding with friends and family to celebrate a new year of promise in the old city. I was no longer seeing someone, and despite the city being full to the brim, I felt as I looked out the window of the dining room like Edinburgh didn’t belong to me, and that it never would.

Midnight came. The guests all gathered along the windows to see the castle, and the family I had served all night gathered together in a big huddle. The overhead lights were switched off in the dining area and glowing fairy lights from every table lit the room in a quiet warmth, and fireworks were set off from the castle which sat in view. All the servers were asked to leave the room into the back kitchen but I hung behind, standing by a column watching everyone: the guests hugging close, the castle, the fireworks. An old man turned and saw me, and walked back to me and he shook my hand, and wished me a happy new year. It was one of the guests who had rushed earlier to tell the manager that I hadn’t dropped the tray. He walked away back to his family, and hugged them close. I looked at all of them and at the family I’d been taking care of that night and at the man who had come over to me, and I still can’t decide if it was the loneliest I’d ever felt or if I was in some way happy to be able to see all those strangers take comfort in each other. Whatever it was, I thought in that moment that maybe this city really isn’t mine or maybe it is and I just don’t see it, but either way, I sure was grateful for that man coming over and shaking my hand.

As a postgraduate, you’re away from home. Whether it’s in a different city or a different state or a different country, you’re removed from what used to make you feel at home because we are each chasing our future in whatever shade we can grasp it. As time passes, whatever home is to you begins to fade a little, and in a way softens into a sort of dream. Go home during the holidays if you can. It’s a special time of year and I don’t really believe I can explain why, but it is. Remind yourself of what you love, because you never know when the next time is you get to see it again.

We’ve now been back to class for two weeks, and those who were gone have come back. Some have come newly energized, and most have been taken aback that we just keep on going, full speed ahead. Something this time around is different. I don’t know what it is, if going back home for everyone else has refocused their attention to what means most to them, but the dynamic doesn’t quite feel the same anymore amongst the writers I know. It could just be that the program is no longer new. Everyone has received their marks, we’re one giant step closer to our dissertation period, the year suddenly doesn’t feel like a year anymore… I don’t know, I don’t know what it is. But something feels different. Maybe we’re all exposed to each other now more clearly, more visibly. Maybe all the cards are on the table now, and we see just what we need to do with what little time we have left to accomplish what we set out to do. Maybe it’s just me, I don’t know. But January is almost over, and before I know it, August is going to come barreling at us, and we’re going to have to write and read and write and write and write.