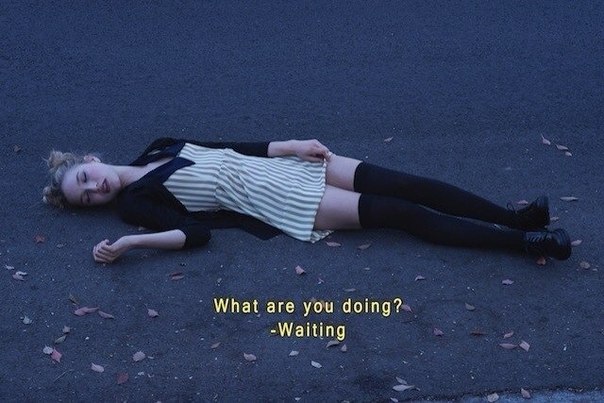 Or, What I Learned from the Waitlist

When I was applying to fully funded MFA programs for the second time, my strategy was simple: to ignore the rankings as much as possible, & to apply where I felt I would be happy. Since I was looking for programs with an interest in queer poetics, I ended up applying to many small or obscure MFA programs, ultimately getting accepted at one of my top choice schools, the University of Miami.

However, a few days after April 15th, one of my dream schools called me, offering me a last minute acceptance off of the waitlist. Getting into a program I’d fantasized about attending since I was an undergraduate was an incredible feeling. But at that point, I had already accepted the University of Miami’s offer. The program suggested that, despite this, I withdraw my acceptance from UM in order to come to their school. With not much time to make a decision, I had to go with my gut.

A Season in Purgatory

By the time UMiami accepted me in March, I had been waitlisted at 5 programs. The lukewarm affirmations were agonizing, & made me wonder why I kept coming so close but not making the cut.

Being on a waitlist can be a simultaneously charming & awkward experience. Some schools that waitlisted me were warm, welcoming, & helpful during the process. One school had each faculty member call me & have a lovely chat with me about the program. One program notified me I was a waitlister via the professor’s personal gmail account, because a state budget crisis prevented them from giving more formal notice. A few programs did not respond to my (sometimes multiple) emails about my position on the waitlist, which was confusing, to say the least.

While deciding whether or not to accept Miami’s offer, I visited the waitlist prospects that were close by. Although I had many great conversations with faculty members I adore as writers & would have loved to work with, sitting in on classes tended to be a good indication of whether or not I should attend a program. Often interactions with students were the most revealing about a program’s culture, so when I couldn’t visit a program in person, I sought out current students. Gratefully, I was usually able to track down someone willing to talk to me through the MFA Draft facebook group.

Private conversations with peers who could empathize with my position as an applicant were the most important ones I had during my entire application process. In fact, I still have conversations with MFA students at other programs as often as possible. Finding your people is crucial, & thanks to the internet, it’s something you can get out of the application process, no matter where you end up (if you end up anywhere at all).

I wasn’t able to visit the University of Miami, so instead, I emailed & talked on the phone with current students & professors. Miami was the only school that connected me with fellow queer & women-identifying writers. Through these interactions, I felt that Miami would be a place where I could flourish as a writer. Ultimately, I decided a program with these qualities would help me to be successful more than any amount of prestige. I traded off a potentially better shot on the job market for the school where I thought I’d do the most meaningful work.

Luckily, I am extremely happy in my MFA program. I have found the faculty here to be mentors, especially in achieving my desire of applying queer poetics. The people in my cohort are true friends & excruciatingly talented writers who have often brought me to tears with the power of their work.

Sometimes, in the midst of our applications, we get so caught up on the competition of MFA programs–of being admitted anywhere, of being admitted to the best program possible–we forget that what makes a “best” program is often subjective, dependent on our intersecting identities & outside forces we can’t control.

If nothing else, the MFA application process can be one that helps you hone your intuition. Sometimes, that means ending up at a program that’s growing with you, that’s willing to put skin in the game to help you launch your career. Most of the time, it means multiple application cycles, & waiting out a lot of purgatorial lists. Not everyone wants the same MFA experience as me, but everyone deserves to find a community where they feel supported. If nothing else, we have to revise our application experiences into strategies for survival.