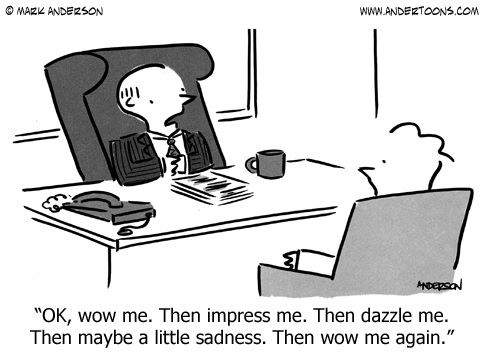 Such is the nature of the MFA in Creative Writing–it doesn’t offer the relatively clear path of pre-professional graduate programs like law school or medical school, and that can be both freeing and somewhat overwhelming. My hope, though, is that the abundance of choice means something will pan out after I finish my last semester this spring.

Here are my constraints: I want to live in Los Angeles (where I’m originally from) and I want whatever I’m doing to somehow involve writing, teaching, or arts/education administration.

So far, I’ve applied to two PhD programs–a PhD in Creative Writing and Literature at the University of Southern California and a PhD in Literature with a focus on Science Fiction and Technoculture Studies at the University of California at Riverside. I like the idea of doing a PhD, of continuing to learn in an academic setting and of surrounding myself with interesting peers. It would give me more time to focus on writing and make me more competitive for a tenure-track professor position. If my main priority were to enroll in a PhD program, there are a number of other places to which I would have applied, but since for the time being, I really want to be back in Los Angeles, I found the two programs that were appealing in the LA area. If I get into either of these programs and the funding is reasonable (I know it would be for USC, less information available on Riverside), then I’ll go. Given how competitive it is to get into either program, though, I’m of course planning for the potential that I won’t be accepted. Another downside to the PhD is that the funding, while better than for most MFA programs, would still be difficult to live on, even if supplemented with a part-time job. That having been said, I imagine that I could make it work.

Within the world of academia, I’m also looking at positions at community colleges. I’m applying for several administrative positions at Pasadena City College and West LA College, and two full-time English instructor positions just opened up at Pasadena City College. The plus side of these jobs is that they pay well–in the high five figures or low six figures–but, unsurprisingly, they too are extremely competitive. I would be absolutely thrilled if given an offer, and as they say, you can’t get a job that you don’t apply to (well, I suppose maybe one could with the right connections, but that aside). At the moment, I’m not applying for any adjunct positions; however, I would consider doing so to supplement another full-time or mostly full-time position.

All of the above are definite reaches. By March, I should have a better idea if any of these options are going to work out, and if not, my next step is networking, which can be tedious and feel a bit uncomfortable but seems to be a useful if not necessary skill to have as a writer. I have a long list (okay, no tangible list, but mental list) of folks to reach out to–former professors, writer contacts, friends of friends, etc. I’m not planning to ask for any favors, per se, but it never hurts to let people know that you’re looking for work and what kinds of jobs interest you (all of this phrased in a very polite and considerate manner). That way, if someone knows of something or hears of something that may be a good fit, they’ll have you in mind. For me, these sorts of jobs would probably be something in the realm of ghostwriting, content writing, a position in a TV writers’ room above that of a production assistant, script coverage, nonprofit management, etc. Who knows? It may not amount to anything–again, this is the sort of thing that should be approached without expectations–but the truth is, most people have benefitted at some point in their careers from a personal connection. Last year, I spoke with one of my literature professors at Alabama who had completed his PhD in Comparative Literature at UCLA. He said that only about half of his graduating class had gone into academia. I asked him how the other had found their current jobs. His response–friends, personal contacts, and word of mouth.

The next/concurrent step is to look at job listings. I’m interested in teaching high school English/creative writing/humanities, and websites like www.careers.nais.org and www.carneysandoe.com are relatively good options for this. Idealist.org has listings for nonprofit jobs, and otherwise I’ll do some research into the best general job search websites. In addition, I’m part of several groups on Facebook and LinkedIn that have sometimes have job postings.

There you have it. My plan to try to be gainfully employed after the MFA. Whatever I do for an income, however, I definitely want to continue writing my own work. Right now I’m juggling quite a few projects–a near-complete first draft of a short story collection, a not-close-to-complete first draft of a novel, a revision of a pilot and treatment for an hour-long dramedy–and in the non-employment edition of my life after the MFA, I’m finding writers groups in LA, doing comedy, playing soccer, cooking, hanging out with my dog, and maybe even getting back into dating?

My plan probably isn’t the same as your plan (in fact, if your plan is the exact same, that’s kind of creepy–stop stealing my life!) Some folks will go back to a job they were doing before the MFA. Some folks will want a day job completely unrelated to writing so that it won’t take up their creative energy. Some folks will thrive through freelancing. Others want to live abroad. Some folks may realize during the MFA that they never want to write or publish again afterward and will become highly paid computer programmers living in Silicon Valley. Some will join the circus (true story). The world is your oyster, as they say. (Or feel free to pick another cliché if you’re kosher, vegetarian, allergic to seafood, or just hate oysters!)

Currently Watching: Search Party (I know I’m late to the party, pun intended, but now that it’s winter break I finally have a bit of time to binge watch!)