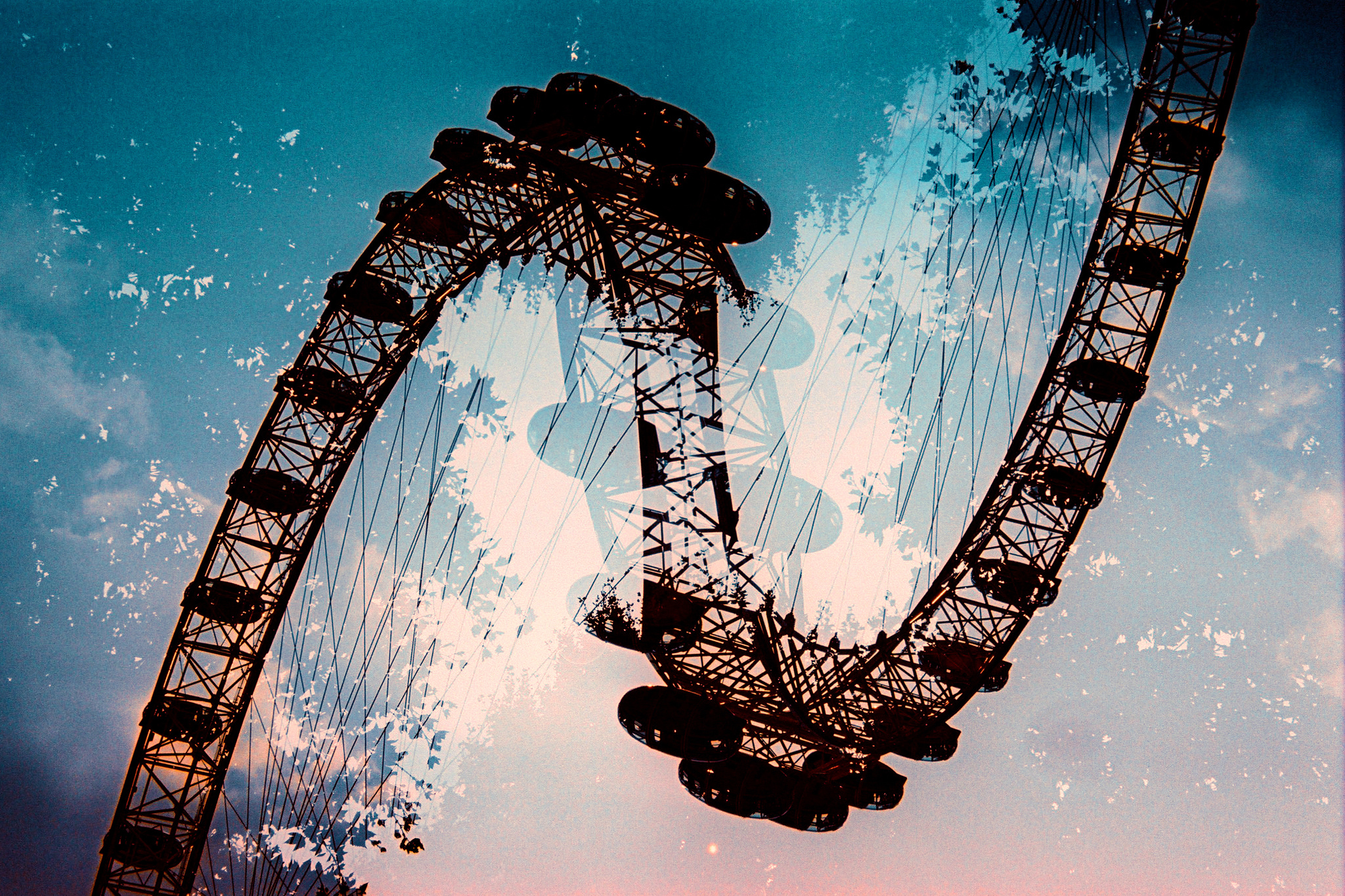 In two days I will fly to Austin to start my MFA, but for now I find myself in the living room of my flat in London, surrounded by very large piles of clothes. Turns out shipping things across the Atlantic is eye-wateringly expensive (duh, what did I think), so I’ve spent the last few days trying to give away/donate/throw out most of my belongings.

I am an unapologetic hoarder. I own movie stubs from 2008 and cut-off shorts from 2003 (that I have last worn when I was literally 14. 14.) and pebbles plucked off a beach in 1999. My husband’s wedding vows contained the line, “In the past 8 years, I have watched you collect about 1 million items.” All my other international moves had been for work and therefore paid for, so I’ve never had to throw anything out before. Every last half-used notebook, every last ticket stub came with me, from Singapore to New York, New York back to Singapore, Singapore to London. But now, for the first time, I’d have to throw stuff out.

Nothing quite hammers in the realisation that you’re leaving like spending 12 hours a day sorting through 5 years’ worth of accumulated stuff. Work blouses I thought I’d wear more often but now have no need for, unread books too expensive to ship, shrivelled cacti and browning devil’s ivy to be finally put out of their misery. Going through all my belongings with the most critical, ruthless eye I could muster, I felt no oft-touted lightness, no Marie Kondo moment of transcendent clarity. What had I expected? That I would rise like a phoenix from the ashes of discarded t-shirts (so many t-shirts)? Ideally I’d have a revelation, an unexpected silver lining to insert at this point. Something along the lines of: Throwing out all the things I hoard because I am fundamentally afraid of change and the passage of time has made me less afraid of said change and passage of time. Unfortunately, this has not happened. Upping from and leaving a place you’ve loved is inextricably sad, no matter how excited you are about your next move, and there is no epiphany-ing this away.

I realise, of course, how incredibly, ridiculously, lottery-level lucky I am. When I applied to 12 MFA programs last year, I spent most of my waking hours repeating ‘it only takes one’ to myself, all the while believing that even that elusive ‘one’ was beyond my grasp. I’d stalked MFA Draft, read the blogs, done the numbers. I knew admissions rates for many fully funded programs hovered at about 2%, dipping down to less than a percent for the most selective ones. I toyed with the idea of applying to Columbia, which, though an excellent program, had a surprisingly accommodating admission rate of >20% due to its dismal funding (I didn’t, because I could not summon the will to write a critical essay). When notifications season rolled around, I braced myself for rejection. And sure enough the rejections came, in the form of unceremonious emails from Syracuse and Cornell. I’d set my heart on Syracuse for the same reason as so many applicants before me (The weather of course, and you know, I hear they’ve got some famous guy on the faculty, Geoffrey? Greg?), so the “Dear Applicant” form rejection was a stab in the heart. In the week that followed, I lived in a zombie-like state. I ignored texts and calls from concerned friends, responded to my fiancé in grunts, neglected to comb my hair. It was only at work, where no one knew I wrote, that I could forget that Geoffrey/Greg at Syracuse had not liked my writing sample, and that I could ignore the slew of rejections I was sure was coming my way.

But then a tiny light appeared: an email from Peter Carey (!) at Hunter, asking when I’d be available for a phone interview. And then another email, saying I’d been waitlisted at Michigan. I allowed myself to hope. At least if I were rejected everywhere else, I’d know that I had come close and could try again next year. A few hours later, I received a call from a New York number. I locked myself in a meeting room, hands shaking, to take the call. It was Deborah Landau, offering me a place at NYU with a full fellowship. I immediately burst into tears and proceeded to blither incoherently. The time lag that happens on international calls amplified this awkwardness about tenfold. After I hung up, my cheeks seemed to have developed a life of their own and wouldn’t stop twitching. I must have looked manic when I returned to my desk. Hell yes, I thought, beaming, I was moving back to New York.

But then the impossible happened. I was subsequently accepted to Indiana, Iowa, Johns Hopkins and Michener, an outcome beyond my wildest dreams. Before getting these  acceptances, I’d had stories rejected around 200 times by literary journals over the prior 3 years, with 5 stories accepted for publication. One of the stories in my MFA writing sample had been rejected over 20 times before finally finding a home in Prairie Schooner. Since March, things have taken a positive turn – I’ve signed with an agent and had my debut novel acquired by publishers – but oddly, getting those MFA acceptances was still the happiest I’ve ever been. I’d wanted it for so long, dreamt of it so much, thought it was so impossible. If you’re reading this blog, I don’t have to tell you that a fully funded MFA is a gift – 2 or 3 years of time to read, write, be part of a vibrant and passionate community of writers – and nothing short of a dream come true.

After the drunken happiness wore off, anxiety set in. I began to, as I often do, turn what was an overwhelmingly happy choice into a tormented, anxiety-ridden dilemma. I was most torn between NYU (New York, glittering faculty, rare coveted fellowship), Iowa (Holy Grail #1 + a current student told me they literally hosted a house party for Michael Cunningham) and Michener (Holy Grail #2 + 3 years with no teaching responsibilities what?). I descended into obsessive spreadsheeting, ricocheting between the three, convinced one day it was NYU, the next that it was Iowa, and then Michener. I developed a social media addiction, had difficulties sleeping, and would jolt awake at 5am with thoughts like “But do I want teaching experience?” or “Is more time better or worse?” I knew I was being ridiculous and I felt immensely ungrateful for my good fortune. What was wrong with me? Couldn’t I just make a choice and be happy? When I really thought about it, I was happy, deliriously so. But I was also wracked with worry about making the ‘wrong’ choice, about ‘wasting’ the amazing opportunity I was being given. On hindsight this was of course somewhat melodramatic and unfounded, for as many have said before me on this blog, amongst fully funded MFAs there are no wrong choices. But I couldn’t see it then. In this embarrassingly self-indulgent time, the vets of MFA Draft were invaluable in providing objective, informed advice. I was, and still am, completely blown away by the generosity of strangers on the Internet.

I’m making it sound more drawn out than it really was, for it felt like that at the time. But in reality this agonising happened over the space of a week, before I realised that Michener was quite clearly the program for me. I’d always been drawn to interdisciplinary work, having majored in Comparative Literature and Society as an undergrad, and Michener would allow me to work on both Fiction and Screenwriting. The flexible course requirements also meant I had a high degree of freedom in taking electives across different departments. It was a small program of just 5 fiction writers, something that had attracted me to the likes of Syracuse in the first place. And it offered an opportunity like no other program: three full years, fully funded, with no teaching responsibilities taking time away from writing. On a personal level, the company my husband worked for in London was headquartered in Austin, and it was very likely he’d be able to move with me. Finally – this was one of the biggest factors in my decision – I got a hugely positive vibe from speaking to current students. Quite simply, everyone seemed ecstatic to be there.

Since making my decision, I haven’t doubted it once (fine, I haven’t doubted it seriously once, since let’s be honest I doubt all aspects of all my decisions at all times). That doesn’t stop the ghosts of other lives that could have been from haunting me. The glorious International Writers Program at Iowa, the Lilian Vernon House at NYU, and, as I give away most of my personal belongings in preparation of the move, my life here in London, complete with a stable job, good friends and universal healthcare. I am a hoarder of objects but also a hoarder of moments, past, present and future. The posters from 2006 that still adorn my flat in 2017 speak to my deepest fear of losing something – some fleeting moment in time, some version of myself – and it is this same fear that threatens to paralyse me each time I make a major life decision, each time I close a door behind or in front of me. I try to recognise the fear for what it is and move forward nonetheless.

I guess what I’m trying to say is: I think (hope) it is okay to feel regret or anxiety even as you take positive steps in your life, even as you see your dreams fulfilled. People will say accusingly: “But isn’t this what you’ve wanted for so long? Haven’t you always wanted to quit your office job? Didn’t you say you always saw yourself moving back to America?” and they will be right, partially. You do want those things. You want them desperately. But maybe you are also allowed to miss your tiny cubicle, your morning commute, the kind lady who remembers your name at your local bakery/dry cleaners/grocery store. Maybe – earlier I said there was no epiphany forthcoming, but it appears I lied – the first step to achieving a happiness that rests in itself is to stop aggressively demanding of ourselves: But aren’t you happy? Why aren’t you happy yet?