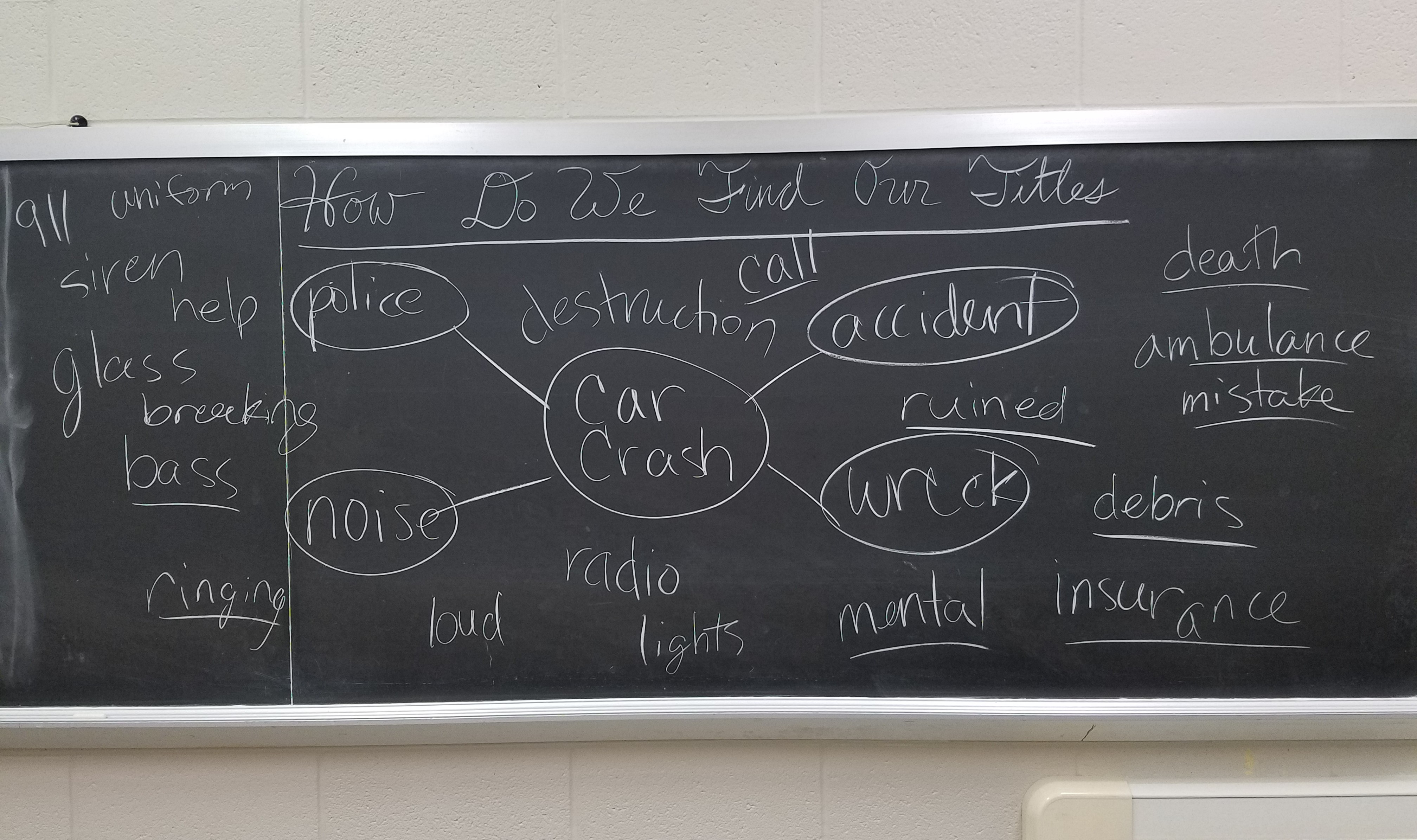 Thanks to my primary school teacher parents, I entered my MFA program with teaching experience. In middle school, I began volunteering and tutoring in classrooms and libraries across the U.S. and I kept that up throughout college. As an undergrad, I spent two summers abroad teaching and writing about my experiences in the Volta Region of Ghana and the Shanghai region of China. Despite all that, I was nervous when I stepped into my classroom on the first day of the semester. I was a newly minted first year MFA student and suddenly, I was leading a group of students as someone “knowledgeable” in my field.

Looking out over those fifteen students who were staring blankly back at me, I was grateful for my week of pre-teaching pedagogy training when my professor asked, “What will your first words to your students be when you walk into your classroom? What impression do you want to make?”

The semester put me through the wringer. Between difficult personal relationships, Trump’s election, and trying to establish a rigorous writing schedule for myself, there were days when I had no desire to feign enthusiasm for my students. But I, like all teachers the world over, pushed through those tough days to work towards a higher goal—always aiming to excite my students with words.

Overall, my first semester went well. My professor said I had established a clear rapport of respect with my students. They occasionally expressed their interests or delight. It wasn’t perfect, but I hit it off with a few and vainly hoped that the rest didn’t hate me. So, once my student OCQs (Online Course Questionnaires) came back, it was only with slight trepidation that I opened the reports. In total, only four people responded. I skimmed through the responses quickly. Some of the questions used to evaluate me included:

I was receiving mostly high remarks (Very likely, likely, very effective, effective) except for a response in which I was consistently ranked the lowest score. In my arrogance (innocence?), I thought there must have been some sort of mistake—perhaps a computer fluke that gave bum answers. I held onto that hope until I reached this note:

“Gionni is the least understanding teacher I have ever had in my life. She views the class as if it is the ONLY class us college students are enrolled in and treated most of with high disrespect… As a teacher, she set many unrealistic goals and made students feel highly uncomfortable in the classroom while forcing them to share things that they did not necessarily want to. As a person, Gionni is not someone who gels well with others and failed to create a positive, personal bond with any of the students in our section. From the beginning, she has been a power hungry and controlling TA that not one person enjoys to be in the classroom with…”

While I was reading this note (which has several ellipses because it was even longer), I went through a series of emotions: outrage, frustration, shame, doubt, indignation, embarrassment. It amazed me, actually, how embarrassed I was by this student’s critique. Stranger still, I told everyone I knew—reading the response aloud to my friends and peers and parents. Perhaps if I told enough people it could all become a bad joke. Perhaps I just needed the reassurance that always followed: it was unfounded accusations, the student was being hyperbolic, it shouldn’t be taken seriously.

Still, I was disappointed because, ultimately, I failed this student. I was unable to connect with them and apparently was so abrasive that they were not able to take a single positive thing from the course.

In many ways, teaching at a university is much like teaching anywhere else—some days the conversation flows like molten gold. Other days it’s pulling gold caps off teeth. There were, however, challenges I was not expecting, either because I imagined differently or had never encountered them before.

I’ll touch on these problems in my next post and share some tips I picked up along the way for dealing with these concerns.

Now there’s the golden nugget that’ll keep me motivated in this new year.