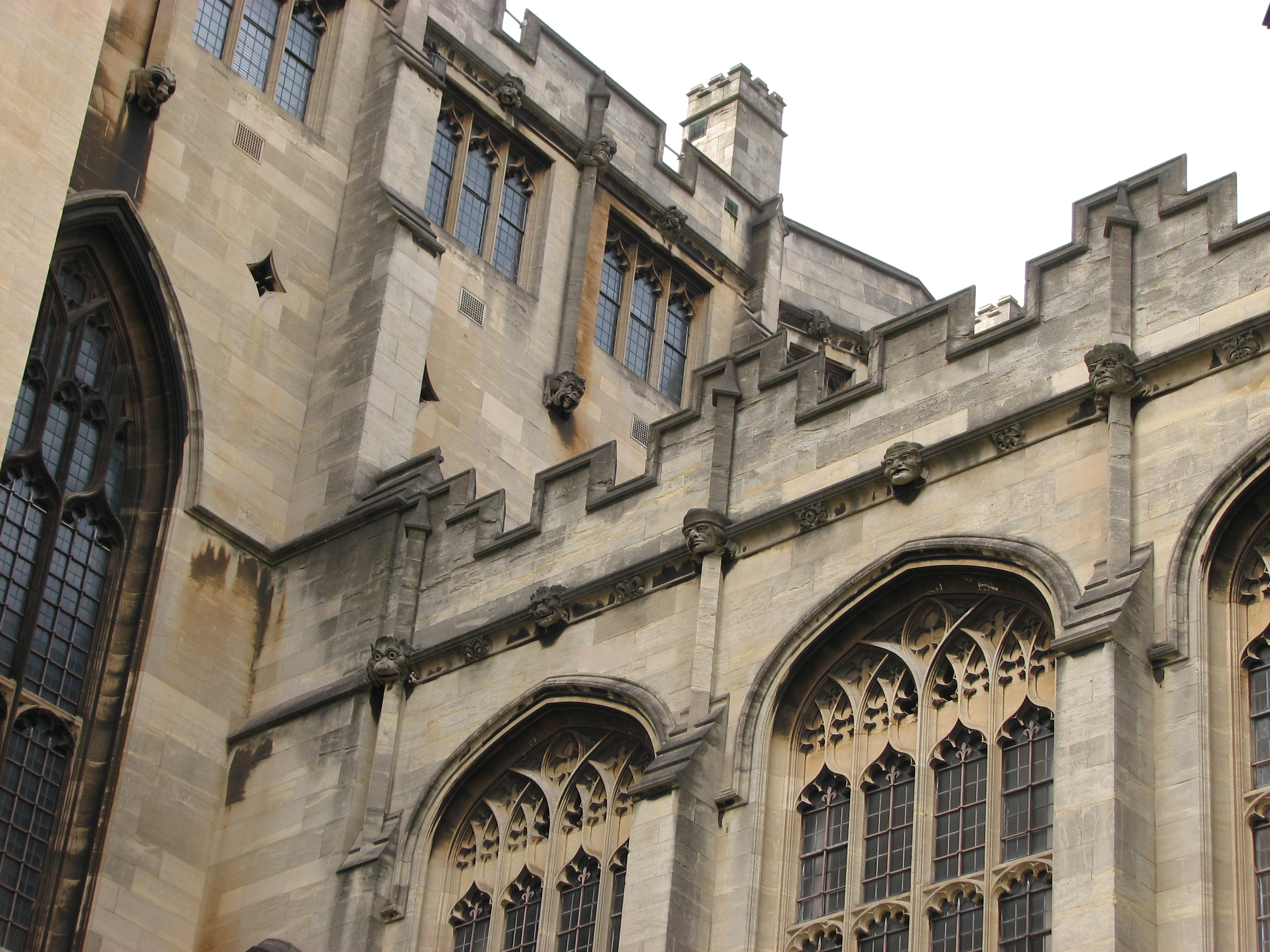 Finishing up my final semester at University of Wyoming’s MFA felt tumultuous, though I suppose it couldn’t have ended any other way. Many faculty seemed to be leaving UW amidst the school’s large-scale budgeting overhaul due to the collapse of Wyoming’s coal industry last year, nothing new for the state considering its legacy of booms and busts. A new drama was rising afresh within the program as students learned of the manner in which beloved faculty member, Rattawut Lapcharoensap, had been terminated. Further, this was all happening against the backdrop of macro and micro struggles. Each week was some new round of messy political theatre, and meanwhile my friends and I were going through own crises, doing what we could to find moments together to fight through the gloom.

After my thesis defense, one of my committee members gave me a letter that contained everything I needed to hear at the end of this stricken road. Even now, I’m holding the letter, reading through it again and finding myself wrecked with the sharp joy of being seen, tears coming down my face. Surviving not only the environment of the program, specifically last year, as well as academia’s generally fraught and, at times, dangerous geography, I found myself wondering if I could enter academia again, despite how much it holds and keeps the things about which I’m most passionate. Before I would go on to leave that school, that town, so very soon after semester’s end (since my apartment’s lease would be up by the end of May), I sat down with this mentor one last time, told them how much their letter and their mentorship has meant to me, but also to declare a conclusion: if I did wind up pursuing another degree, I would take some time in deciding, I would make sure it was the right choice, the right place to be for what I intellectually wanted. But also, I conceded that I was thinking that, perhaps, what I had experienced at UW was some of the worst of what could happen to a minority student. Not the absolute worst, of course, I don’t mean to sound self-indulgent. But rather, it had been bad enough, scarring enough, that it wasn’t likely I would encounter such a set of cultural and institutional conditions quite like it again. They agreed.

Nonetheless, at the end of those two years, real damage had been done. In that final semester, I could palpably feel the harm in moments when I wanted to assert myself, to unapologetically deliver my messages onto the world, but I couldn’t. Every time I felt that way, a stronger feeling rose up to counter it, to make a ruin of what willpower I had, an inner conflict magnified to the point of harm. I don’t totally know how to describe it except to say that it made me feel like I couldn’t hold my own presence in the world. I could be cavalier with naming it, call it internalized silencing or self-negation, but an ideological foothold for understanding it won’t make it go away.

Cut to a different scene, earlier in the semester: I’m sitting next to a good friend of mine in the house of a UW faculty member who had supported our political organizing efforts. We have snacks, play with her children, and talk with her and her husband, also UW faculty, through a dappling of various but connected issues—common dynamics within English departments, faculty that are leaving, UW’s general culture. I remember one of our hosts described UW as a place in which many faculty seem to believe, in her eyes, that they themselves embody the most progressive politics that’s out there, a phenomenon that held no weight with anyone at the table. Most memorably, she went on to claim a general culture amongst faculty, though perhaps administration as well, as being something akin to one big still face experiment: students trying to communicate observations, needs, and even calls to action to faculty members, only to be met with a decidedly unmoved audience. It was then that I was struck with a wondering—in what ways and to what degree are faculty members incentivized to not care for their students? Was this a result of old world academic values combining with the contemporary neoliberalization of the university? Was there something specific to UW and UW alone at work? A regional underpinning that infiltrated the culture of academics who, for the most part, aren’t from this state to begin with?

Cut to the present, to the current state of my desk: post-it notes stacked neatly by my many list-makings, a couple binders devoted to upcoming work, and then the reading materials—Sara Ahmed’s On Being Included sits in a stack of books, only a couple away from The University in Ruins by Bill Readings. I’ve bookmarked an issue of the journal Wagadu that’s devoted to articles on the institutional work of diversity and diversity management (which is free for anyone to read as Wagadu is an open access journal). A friend recently recommended a newly published book, A Third University Is Possible by la paperson (a name under which the scholar K. Wayne Yang writes sometimes, or so I’ve just discovered), which I’m eager to get my hands on as well. Maybe I’m going a bit overboard, maybe this is the beginning of incidental research toward some other project I’ve yet to realize, but I’m determined to make sure that, should I decide to return to academia, I’m going to be prepared.

I say all this as a kind of cautionary tale. For people of color, for sexual and gender minorities, for those who live with a physical or mental dis/ability or chronic illness, for staunch political leftists, activists and organizers, and for all those whose alterity renders them vulnerable in academic spaces for whatever reason—there will be times when your experiences, your bodies, your methods and pace of work, and your political visions will not only be unwelcomed but will be actively countered by those with institutional power over you. Your views and your actions, depending on circumstance and setting, will leave you exposed. You will be erased save what you might bring to the institution’s diversity politics, or else you will be made hypervisible through harm. You will encounter situations and people who will make focusing on your intellectual and creative pursuits much more difficult, and, in some cases, nearly impossible. In a torrent of unmoved faces, you will be treated as an obstacle.

I say all this not to discourage you, but rather to share my realistic vision for hope. To turn this essay toward the manifesto, because the manifesto is about exhaustively writing out one’s difficult, ideal vision for the future as shaped out of the wrongs of the present. It’s easy to romanticize both academia and the program you may enter, for whatever conscious or more psychically-embedded reasons and rationales you may have. And of course, I wish that idealism could be unbridled because that idealism is indicative of an excitement for one’s opportunity to create, for possibility—what can and could be for one’s pursuits and existence, but for many, it cannot be so. Or rather, it can be but only with a guidebook in hand to prepare one as best as possible. For many of us, there is a need to account for harm by devising strategic survival measures, or at least learning how to anticipate for the making of them as we go along.

This isn’t to say that I regret going to UW. I won’t lie that there had been a handful of bad things that got thrown at me, both inside and outside of the program, but somehow good things eventually came to counter it all, to make it all worth it. I’m starting to verge on an insulting and false hope narrative, and I don’t mean to. What I’m trying to say is that while the negatives have irrevocably re-structured my sense of reality, so, too, have the positives.

At the end of my mentor’s letter, they remind me that being open to the world is the key to staying alive yet also the greatest point of danger, and I couldn’t agree more. Those moments when oppression comes for you in the small-scale, daily moments of living will foster bitterness in you, make you needlessly possessive of your vision for change, compel you to create binary framings in which you hold your enemy away at an arm’s length against the better knowledge that you’re both socially, culturally, and politically proximate subjects. I urge you to work against this, but to also remember that, at least to some extent, you’re the one who chooses how to navigate your surroundings, how to choose who or what to keep out—how to survive. “It’s a life’s work,” they tell me, “surviving the bullshit, and I wouldn’t pretend otherwise.” I wouldn’t want to pretend otherwise for you as well.