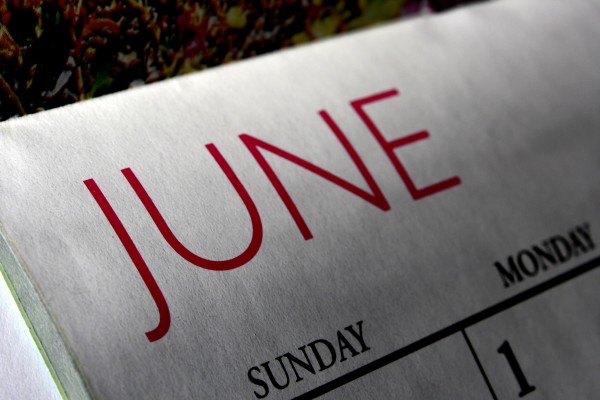 Well, clearly time got the better of me this year. And now I am met with the task of summing up months of the MFA experience in a single blog post. Here goes!

Compared to the fall, the spring semester was pretty calm from a personal standpoint – no houses were flooded, no childhood pets died on me, mid-term assignments did not coincide with working at a costume shop at Halloween time (though there was another move involved – we moved the store right before finals, so that was wonderful timing.) I managed to explore Orlando some more (well, really just the thrift stores between Sanford and Orlando and also spent a lot of time tracking down the Beyond Burger and my favorite Philly beer, Victory Kirsch Gose, at stores in Altamonte Springs.) Oh, and I saw my two favorite musicians/humans in the world, Stevie Nicks and Chrissie Hynde (the Pretenders), play together at the Amway Center. One of my courses had us taking friend trips in the area and reporting back on them. My favorite trip involved people-watching at Fun Spot, an Orlando theme park with free admission (rides are individually ticketed) and stiff, super-salty margaritas that enhanced the people-watching experience. It was no Disney World, but from the looks of it, everyone was having a blast there. I wound up reading the piece for Parcels, UCF’s graduate reading series, which takes place one Sunday a month. I spend the entire day picking at my piece and was subsequently a nervous wreck for the entire time I stood onstage, but I felt totally proud of myself afterwards (and also everyone laughed at all the right points in it so yay.) It also helped  (helped me, at least) that it was Superbowl Sunday, so the turnout for the event wasn’t as large as most months. And I made it home to see the end of the game before I had to scramble to do the homework I’d put off while I fixated on the reading.

Those “field trip” assignments were for a Hybrid Forms course taught by Terry Thaxton, the MFA Program Director. We read a selection of books that blurred the lines between fiction, CNF, and poetry, while conducting an independent study of an aspect of hybridity that interested us, that became first an annotated bibliography and then a craft essay. Being a screenwriter, I examined the ways in which prose and poetry have intersected with film (works that either took the form of a screenplay or incorporated/emulated the cinematic experience.) The piece was grounded in Truman Capote’s In Cold Blood and the different adaptations that have come out of it (Did you know that there’s even a graphic novel depicting Capote’s time in Kansas? It’s called…Capote in Kansas.) I wound up finding way too many good sources for the essay and had to scramble to both read them and squeeze them into my essay, but I was super successful in the end! Our other big project involved us creating a Hybrid work of our own. Mine revolved around the character of Sam (the piano player) in Casablanca and how he’s sort of dropped from the film’s narrative partway through. It’s still a work in progress, but it combines personal essay, cultural criticism, and fictive screenwriting (as I imagine where Sam wound up when everyone else left Morocco.)

That class entailed reading a book a week, and writing a reaction/imitation each week. My Contemporary Nonfiction course also entailed a book a week, as well as a reaction and an imitation. So I was balancing working 32 hours a week with two books and lots of lots of writing, which was super-fun. But the books we read in Contemporary Nonfiction were all great, and between the two classes, I got so much more actual writing done than I had the semester before. We had to pinpoint an element of craft that stood out to us in each nonfiction book for our annotations, and having that aspect of craft as a jumping-off point made it much easier to write successful imitations. My final project for that course revolved around Sister Rosetta Tharpe (an early influence on rock music and all around fascinating person,) and I’m really excited to see how the piece shapes up in the future! This piece and the Casablanca one were also very research intensive, but that’s always been my favorite part of nonfiction writing (at least once I pinpoint some good sources…it took me ages to find anything on Dooley Wilson, who portrayed Sam. The Schomburg Center in New York pretty much saved my project.)

Rounding out my semester, I returned to Journeys Academy up in Sanford (there was super-fun construction on the surface road up to the school, but it still beat paying astronomical tolls each week, and I got to find aforementioned thrift stores!) I led the students in lessons on topics such as travel writing, their relationship with technology, and how to write effective descriptions. My teaching partner was a poetry student, and since I probably hadn’t written a poem since I was in middle school, I was grateful to have her there to get the students interested in poetry. There was one day that I was almost at the school when I discovered that she was still by UCF, locked out of her car. Backtracking to pick her up would have meant missing out on first period at Journeys, so I continued up north to teach the lesson alone. It was a poetry lesson that she’d planned, that I felt totally unequipped to teach on my own, so the lesson took some improvisation, but I had the students jump in and name objects in the classroom and what they might symbolize in a poem before they wrote poems about school, and some great works came out of it. On the last day of class, a student remarked to us that she’d always hated writing until we’d come into her classroom, but now writing excited her. I couldn’t think of a better way to end the semester.

This summer, I’ll be working full-time, trying to flesh out a few screenplay Ideas I have, and trying to piece together an early version of my thesis before the fall semester starts. I’m currently finishing up a collection of Wayne Kostenbaum’s essays before I move on to the next book on my list (probably some Chuck Klosterman essays.) Hopefully I get to see more of the city, too (well, I’ve already found more thrift stores and record shops, much to my wallet’s chagrin.) And then, bring on the second year!