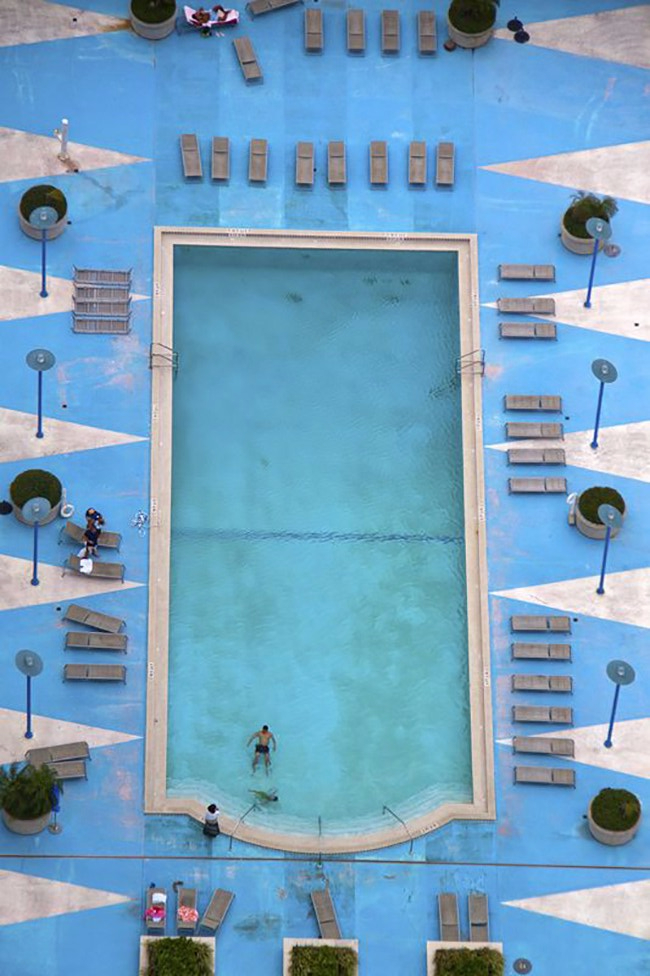 Do you remember the ancient summers of your childhood? Our fingers would search the dirt between tree roots for acorns. We found so many with their shells cracked open, waiting to unfurl itself deep into the dirt.

This is how it feels to be you.

You might find this hard to believe: the other night, I had a dream about our parents that was completely mundane. There was no chase, no violence, no public nudity. Our mother was looking for an apartment in Florida. Our father and I were building a new cage for small animals. We could not find the parts needed to complete it.

I am tired of writing about how my street is filled with green light, the soft beige of beach sand, the steadiness of warm air wrapped around me. I search Netflix for John Hughes and blast Chance the Rapper in the car.

Last week, I swam in the Atlantic. It was dusk, and all the lifeguards were off-duty. Treading into the water, I looked Southeast: nothing between me and the infinite expanse of deep blue. The waves were taller than me. I tumbled beneath them again and again. They stung my eyes, flooded my ears. I would begin to laugh, and another wave would come pounding down my throat.

I think, now, of the undertow. How easy it could have been, to walk a few more steps and disappear forever.

Our first hurricane is named Matthew, which is also the name of a boy from your after school program. You will spend the summer saying goodbye to him, and Jackie, and Trenton, and all the others you’ve come to know through your years of teaching poetry at their school. This year, Matthew won a poetry slam and I was not there to see it.

And Desmond died. When I look at the ocean, when I look at the sky, I look for him. When I remember him, I feel my heart bang so hard in my chest it nearly climbs up my throat, and maybe that’s a sort of finding, too.

Hurricane Matthew destroys villages in Haiti, Cuba, the Dominican Republic, Jamaica, and the Bahamas. With your hurricane shutters over the doors, the sliding glass of your porch partially boarded up, the thin grey palm trees in the parking lot bowing in the wind, and the impotent drizzle speckling the ground outside, you will feel the most still you ever have.

A friend in Chicago asks for videos of the destruction of your street. You keep your phone charged, the gas tank full. You’ve prepared with the naive and gratuitous fear of a midwesterner. But Matthew never makes landfall in Miami.

Your friends up north talk about the early autumn weather, the price drop in flights to the Caribbean.

Miami is in the corner of the continental United States, and on that day, you see exactly where the angular edges meet.

In May 2016, you are not thinking about hurricanes, or drowning, or all the ways “goodbyes” can be said. You are thinking about the poems, and how you want to stop writing about your past. You think you have told your story already, said all that needs to be said. Death to the self–you want to write about other things.

Here’s what will happen: you will write more and better than you ever have. The way you tell stories will change a lot, but its subject matter will widen and evolve, rather than change entirely. Despite spending so much time trying to convince yourself that you’ve said all you can, you will learn so quickly that you have not come close at all to confronting all of your worst and most buried memories.

You will make friends with the lyric essay. You will write contrapuntals again and again. You will invent new forms, by which I mean, new boxes to stuff your words inside. You will amaze yourself and feel embarrassed about the drafts that lined your suitcase on the journey here.

You are going to learn things you never even thought of yourself doing. You have electives to take; you will register for an interactive media course, and then another. You will learn about microcomputers, and analog distance sensors, and build a box with a screen that plays a poem when you are near. The poem is about Desmond.

Last night, I had another dream. I found a book in an antique bookshop, on its cover was the name of a demon I learned about in catechism. Its pages were made of mirrors. Every time I turned the page, I found myself looking back at myself.

In your first year as an Miamian, you will swim in the swimming pool of your apartment complex twice. You will pierce your nose and, a few weeks later, accidentally lose the ring in a tissue. Your arms will get very tan, your face will stay very pale, and you will somehow manage to never get sunburned.

You will learn the names of the lizards that shoot into the shadows of leaves when you walk by: constant anoles, occasional geckos. A quadrant of blue macaws will fly by your window, so close you feel the air pushing away from their wings like breath. Once, there were peacocks in the parking lot, next to the dumpsters.

You will learn how all of this is quickly descending into the Atlantic. Miami-Dade is another name for hubris. Thank the Biscayne Aquifer and a tectonic promise as old as the earth itself.

Some things will never change. For example, you still wear almost exclusively black.

It is May 2017. I counted the poems I wrote this year. There are fifty-two. They languish in the submission queues of a hundred different journals. A few weeks ago, we got our first acceptance. A few days ago, there were royalties deposited into our bank account.

Toward the end of this past semester, I got very sick. I missed my final week of classes, the year end celebrations, the cap and gown ceremony. I did not say goodbye to Savonna, and graduating poet who has become my friend. She has moved back to the Rustbelt, the homeland we share. In a text message, I promise to see her again.

And then there’s Marion, the phone client that was serendipitously assigned to you at the beginning of the year, who calls you from an apartment from New York to ask for your help with poems. Marion writes as if she has lived a hundred years, and from what you know, she might have. You’ve read half a dozen of her poems, spent weeks editing and re-editing the same prepositions, ranted against the advice of her peers in workshop, and learned her secrets.

When it comes time for your final session, you cannot bring yourself to say “goodbye,” even though you are leaving the writing center and will be teaching classes full of students next year. So you promise her you will call her again this summer, to speak again soon.

Today, I am waiting to hear from her again.