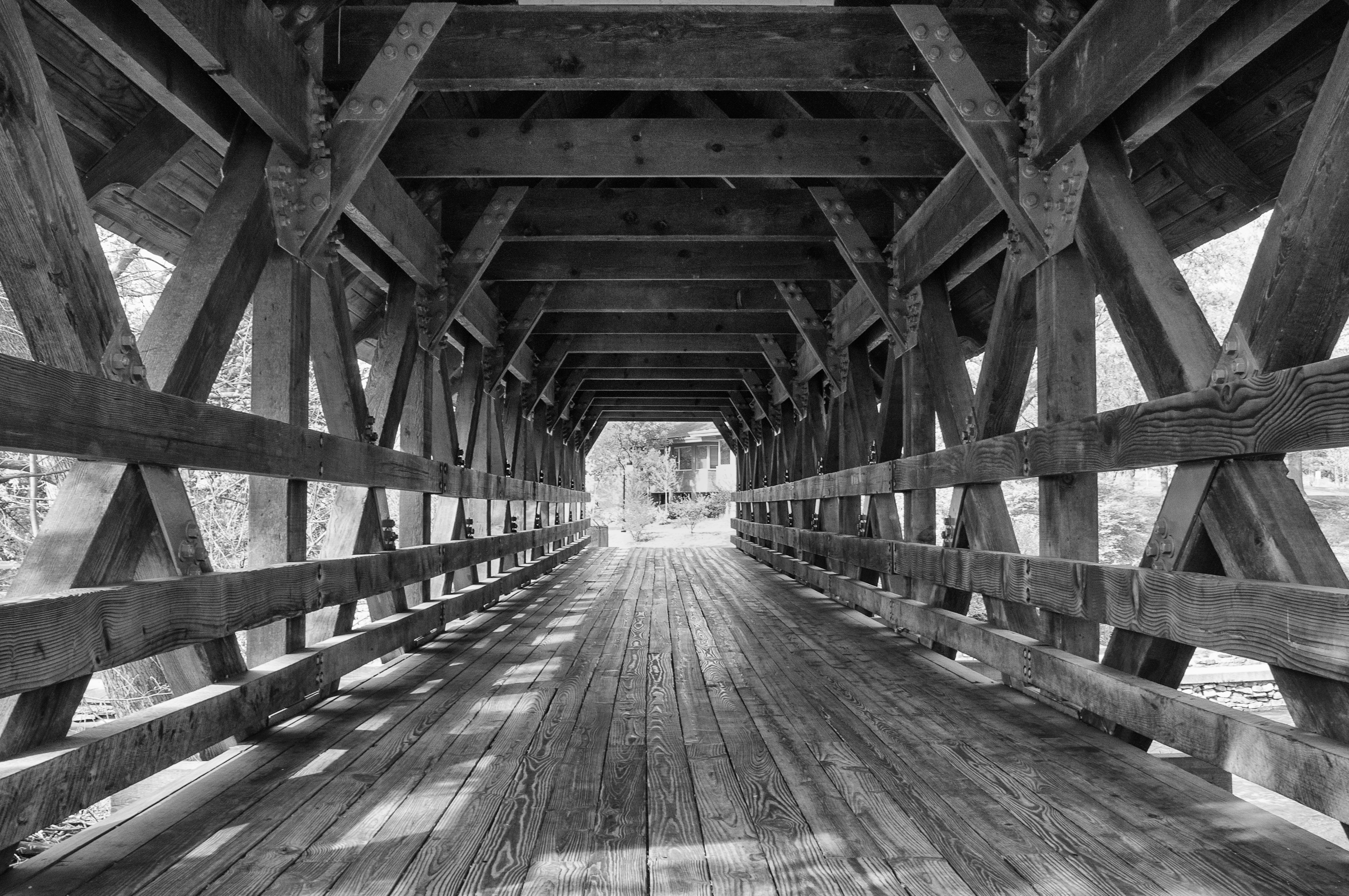 A lot has happened since the events of last semester as detailed here. I thought about what it might look like for me to give an update on promises given, what has improved, what hasn’t. And yet, I feel like it’d be unnecessary, in a sense, to give another somewhat in-depth barometric of things overall. A problem had been pointed out, namely the program’s inadequate approach, specifically under the helm of the current director, Jeff Lockwood, to address issues uniquely relevant to minority students. A call had been made and had been heard. Anymore expended emotional and intellectual energies, other than acting for the sake of my own survival if necessary, would be undue labor on my part, at least in my view. Then, there’s simply the matter of our program’s change in directors starting next year, from Jeff Lockwood to Brad Watson. So rather than go in that direction, I thought I would discuss a topic endemic to the creative writing program generally: problems with the notion of “community.” (Although, if it’s of interest to you to know my take on things since then, feel free to contact me via the The MFA Years’ contact page by asking to be put into contact with me.)

I remember one of the reasons the University of Wyoming’s MFA stood out of to me as a program worth applying to—the description of the program, particularly in the director’s note (from the current director, Jeff Lockwood, which can be found here, though it has been edited since then), as wanting to support its writers and foster a community based on such values—that the program would be aware of and want to combat, at least to some extent, the academic and/or artistic hierarchies within creative writing, that it would want to support students’ aesthetics equally and on the students’ terms, and, most of all, that it would care about the lives and writing of minority students. And I certainly felt myself pulled in by the alluring image of having a supportive faculty, supportive peers, a place that cared about my spot at the table, that wanted to create an open atmosphere for its students to voice themselves freely.

All of this sounds embarrassingly romantic to me now. As it happened to turn out, having a supportive community didn’t entirely pan out for me, at least in certain ways during my first semester. I had observed in an earlier post (which I’ve left untouched, despite my retrospective wish to have written it differently in places), that students’ experiences of either or both the program and the town of Laramie seemed to differ due to one’s identity, such as being a person of color. My observation was then called out to be “unproductive” and “disappointing.” I remember the current director saying that he wanted to fix this rift between students. I also remember the student who had first brought the issue of my post to the director’s attention had told me, over a phone call, that they felt I ought to be “grateful” to the program for what it’s done for me so far—for accepting and bringing me to UW.

I’ve come to much better understand, at this point, the problems in preempting community, especially within the creative writing program.

Sara Ahmed discusses just this in a section of her article, “The Politics of Good Feeling.” The article begins with an examination of a specific episode of a BBC program called “The Happiness Formula,” in which she illustrates why multiculturalism is viewed by (a white) society at large as a primary variable in making communities “unhappy.” She summarizes the program as imagining “a world where people are less physically and socially mobile as a happier world; for example, it describes a small French village, where people stay put over generations, as being the happiest possible way of living together. We might note here that such a nostalgic vision is a vision of a white community, of white people happily living with other white people. Likeness or racial sameness gets quickly translated here into whiteness. The programme mourns the loss of such a world implying that migration causes unhappiness by forcing people who are ‘unalike’ to live together.”

However, the program doesn’t simply dismiss multicultural living, but rather embraces it via the model of “building bridges.” This model asserts that, for a happy multiculturalism to exist, the Othered individual must interact with the community “by sharing ‘an activity’ such as football, ‘that takes us out of our ethnicity and connects us with people of different ethnicities if only for hours a week’.” While Ahmed’s specifically discussing soccer for the sake of her article’s overall usage of the film “Bend it Like Beckham” as an example of a “happy multiculturalism,” the continued examination of it proves ever relevant in discussing the creative writing program. “That football becomes a technique for generating happy diversity is no accident: football is not just a national sport, but is also proximate to the ego ideal of the nation, as being a level playing field, providing, as it were, a common ground. The fantasy of football is that it can take us ‘out of our ethnicity.’ So we could say that diversity becomes happy when it involves loyalty to what has already been given as a national ideal. Happiness is promised in return for loyalty to the nation, where loyalty is expressed as ‘giving’ diversity to the nation through playing its game.”

It’s hard not to hear the echo of those prior comments—the director wanting to get rid of the “rift,” and that I ought to be grateful—in reading this. Yet, ideally, every student, including minority students, wants to want that genuine community, impossible as it may be many times, alongside a subsequent desire to give back out of a feeling of being bonded to others and grateful, rather than owing a kind of debt of (racial) contract.

That contract between, say, a POC student and her program is hardly one that the program makes explicit or attempts to reveal, or rather doesn’t think to reveal due to its inability to perceive itself in relation to matters of power and race, especially in relation to its own whiteness. Still, the contract, in its hidden power and investment in whiteness, is there. In Claudia Rankine’s recent essay, “In Our Way: Racism in Creative Writing,” (as adapted from her 2016 AWP keynote address), she details a letter she received from an MFA student of color who is contemplating leaving their program. Rankine points out the part of the student’s letter which rings loudest in her mind: “Often, I’ve wanted to not observe what I have observed and not feel what I have felt, simply because I love to love where I am and to be appreciative of this opportunity.” Rankine goes on to reveal one the most important cogs of the program’s hidden contract with the student of color in the examination of this sentiment: “The institution, of which we are all a part, has taken that love and weaponized it against the writer; that love is the portal the institution avails itself of in order to do its worst harm.”

In other words, writing is that activity which is assumed to be, despite a given community’s differences, that supposedly neutral ground of interaction through which differences can be transcended for the sake of a higher, truer cause. This love of writing is what is needed to take that first step toward a pledge of loyalty against one’s better wishes. Writing may not quite be bound up in the ego ideal of Nation, but it is bound up in the ego ideal of Art. That ideal, historically and presently, is connected to specific paradigms of race, class, gender, sexuality, and ability (whether physical or mental). More to the present, that ideal is also enmeshed with academic spaces which function under similar paradigms (though I understand the general relationship with academia varies from genre to genre). The expectation academia has for the art its students produce is for that art to align with such ideals, more or less. That’s part of the contract. To do otherwise, whether in one’s art or in one’s social life within the program, is to threaten, if not break, that contract.

Yet that contract must be broken because writing is not the neutral ground programs want to believe it is. In thinking of my own writing, “politicized issues” are necessarily a part of who I am because my race, gender, and sexuality are all intimately intertwined with all parts of my being, of my existence, and therefore, my art.

The political is everywhere, whether those in power can or want to perceive it or not. The contract one enters in accepting an MFA’s program’s offer is not neutral because the act of writing is not neutral, because the space of writing in the program is not neutral. To preempt community is to assume  all those who enter the contract define “belonging” and “community” in the same way as everyone else—by the default standard, which is situated in various normativities, in whiteness—and so this assumption is already latent with a kind of social and political violence because the dynamic of this assumption is one that attempts to subsume the agencies of others into the dominant cultural fold.

Ultimately, I don’t have an easy answer for how minorities can or ought to negotiate with and around this kind of contract. It is already a thing of a risk, and to bargain with it will depend a good deal with which program one decides to attend (though in some ways the contract stays the same no matter the program). I hope that creative writing students who understand this general dynamic, whether they would phrase it in the terms I just have or not, help and watch out for one another where possible, to give each other that desired and needed mutual aid—that community. Truthfully, without having had people in the program support me through what happened last year, I don’t really know what would’ve happened, and whether I, too, would have seriously contemplated leaving my program.