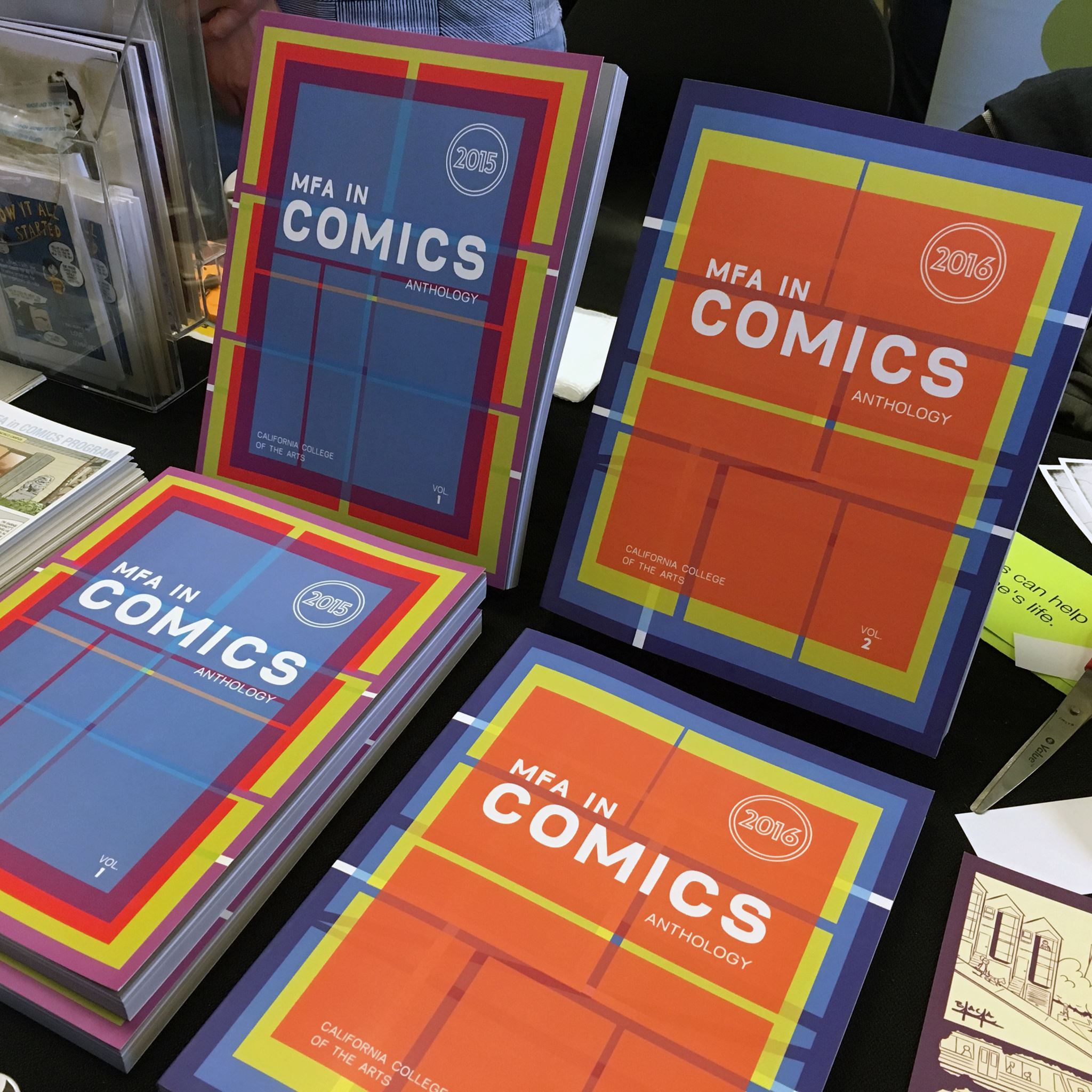 What exactly is an MFA in comics?

It’s the opportunity to be on the cutting edge by learning and refining one’s storytelling capabilities in a medium that’s only just starting to be explored.

It also means a lot of sleepless nights cranking out comics as you spend July doing a semester’s worth of work in the span of four weeks, for four courses. Then after the summer classes are done, you spend the month of August on the summer assignment which is to create a twelve page diary comic, fully drawn and inked, due literally a day before the beginning of the fall term in the first week of September.

For someone whose undergraduate background is in creative writing and comics theory and has took only one art class since middle school, it feels like swimming the English Channel, but with rocks tied to your legs.

You can count on your fingers the number of comics MFA programs currently in existence; me and half of my classmates started our application process just by googling “mfa in comics.” For me, CCA’s program was a no brainer since it had everything I was looking for:

1.) a balance of both studying comics theory and history and producing your own comics,

2.) a course on teaching comics, and actually the only program I found that included comics education in its design, and,

3.) would not automatically reject applicants for not having an illustration or cartooning background.

As it so happens, the program makes it a point to look for candidates from a variety of creative backgrounds and drawing skill levels. From what I gathered, every class before mine has had at least one person who couldn’t draw their way out of a paper bag.  This is actually a major strength of CCA’s program, since they recognize that the foundation of making a good comic lies in strong narrative construction, not necessarily in exceptional illustration. Other grad programs that I applied to made similar claims in their application process, claims that turned out to be misleading.

Despite the taxing workload and my ongoing struggles in overcoming my drawing deficits, learning comics “backwards” as one of my professors called it, being in this program is still one of the best things that could’ve happened to me. I’ve wanted to pursue comics professionally and academically for a long time, but couldn’t find the best approach for me, and graduating in the middle of a global recession didn’t help.

But after spending years working dead-end jobs, it feels like my life is back on track and I think pursuing an MFA in comics will lead to good things down the line.

Assuming I can learn how to draw proper shadows…