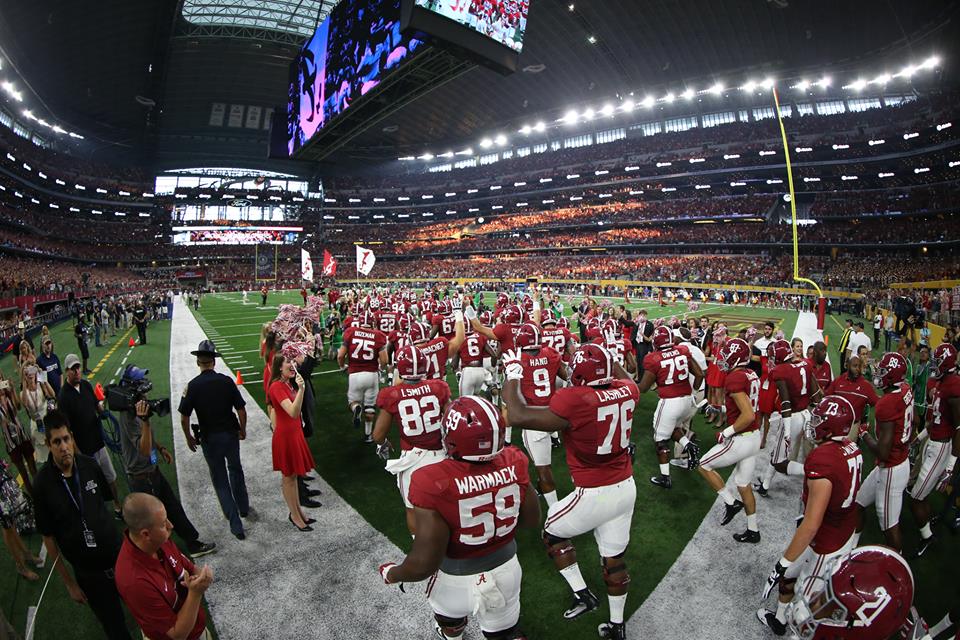 Today is the first home football game of the season. It’s early September in the Deep South—Tuscaloosa, AL—and the streets are empty because the game is under way. There are no cars on the road. No people in line at Target. There’s not much to do, except maybe write.

But I’ve been struggling with this part, the writing thing.

At twenty-nine, I applied to MFA programs for precisely this reason: the time and space to write. People warned me that the degree would be useless. Don’t spend a dime on it, they said. So I didn’t. I applied to fully-funded programs, two years in a row. On my second round, I got into two and wait-listed at a third. At the program I chose, I received a great diversity fellowship, and I’m earning enough money to live on. I have an apartment with giant windows and tons of sunlight. Everything is just as I wanted, just as I envisioned an ideal writing setting. Yet, for some reason, I’ve been struggling to put words onto paper. I’ve struggled to get this post out into the world for days.

To be honest, I’ve been in a lot of fear. I think many of us are, as we begin this new endeavor. And for each of us, the fear is relative; it’s personal.

I’m afraid of so much right now. I’m afraid that my peers see me as an affirmative action candidate. That maybe they think I’m here to fill quotas (if you look at the demographics of my program, you’ll understand why). It’s the same insidious, anxiety-inducing fear I had going to college, and now, eleven years later, it’s coming up again.

I’m afraid that quitting my full-time job in Los Angeles, to write my little stories, was a selfish move. My family is working class (or, if I can be real: broke AF), and the $100 I asked my mom for last week meant she wouldn’t be able to get her jewelry out of the pawnshop, earrings she pawned to help with my cross-country move.

If I can be extra real, I’m afraid of putting on more weight. I’m used to my weight fluctuating in large amounts, but this past year was especially busy and stressful. Besides applying to MFA programs for the second time, I also participated in a time-consuming writing fellowship; I started taking my first antidepressant, which has been incredibly helpful (more on this in a future post); and I quit a job, without having another job lined up, for the first time in my life. Naturally, I’ve been eating, and overeating, for comfort. Once I got here, I promised myself that I’d create a healthy routine. I went hiking near Birmingham a few weeks ago, and I also went to the university gym once—which thankfully wasn’t horrifying at all, even after a friend in my program told me about the time she walked past a sorority girl on a treadmill holding her cell phone up in the air; the girl was on Snapchat recording an overweight girl who was jogging on the treadmill in front of her. I still braved the gym after I heard this story. For this, I am proud of myself.

There are more fears. I’m afraid of the state of my mental health sometimes. The hardest part of leaving Los Angeles was that I left some of my closest friends and the tight-knit community I was part of. I’m a sober alcoholic—which isn’t a secret, but it’s not something I announced during orientation games—and I haven’t found a home in the small sober community out here. Tuscaloosa is a college town, like a real college town, so if you’re not into drinking or watching football (women’s gymnastics, anyone?), there isn’t a ton to do around here, it seems. I knew all of this coming in. I knew I had to be mindful about the life-altering decision I was making to move here. In the last month, I’ve made a small effort to meet young people who live this lifestyle, the hey, I’m sober, not dead lifestyle, but it hasn’t clicked yet.

I know I need to try harder. I have promised myself that I will.

Finally, I’m afraid I’ve made the wrong choice. I feel like this is natural, of course. But, sometimes, when I see the lack of diverse faces in my workshop, or walking around campus, or on faculty here, I do think: maybe I should have gone to Arizona. Tucson would have been a bigger city. Tucson would have been a more diverse city. But in the end, I came to Alabama because my gut told me it was the right way to go, that maybe there was a deeper purpose for me here. And Oprah always says that our gut never fails us.

So these are my fears. I’m afraid they sound foolish. I’m afraid of exposing too much. But here they are, raw and honest as possible.

As of right now, I still feel like I’ve made the right choice.