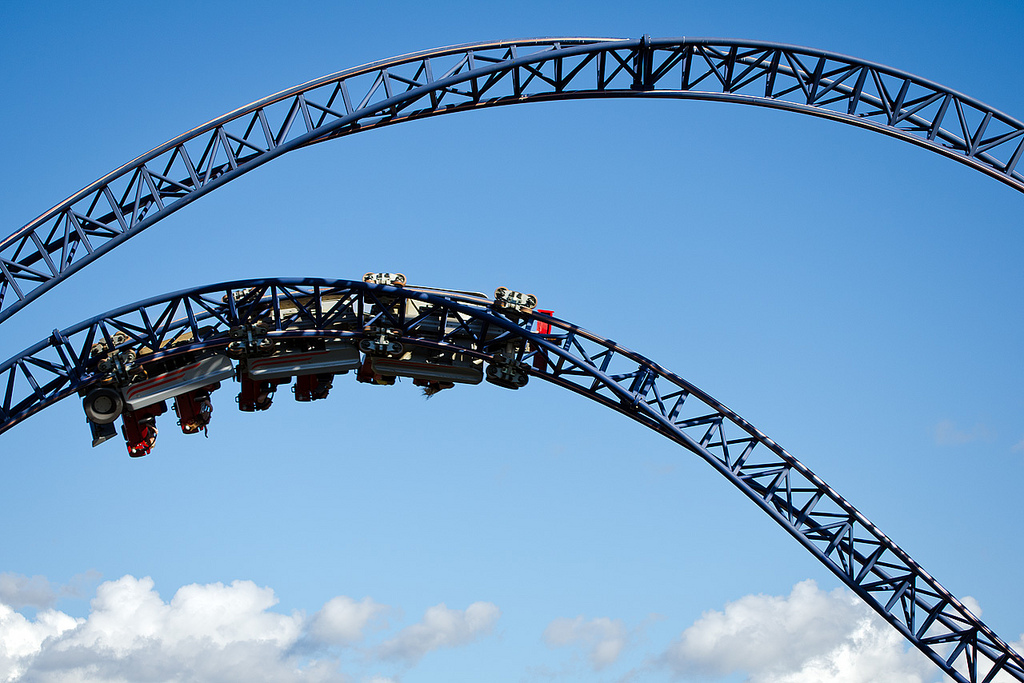 I never thought this could be my life.

Since starting grad school I’ve been giddy. Excited. Thrilled beyond belief. The summer was a slow, ticking rise up the roller coaster track and these last two weeks in grad school have been the wondrous fall. I’m still feeling the adrenaline.

I already wrote an introduction of sorts back when I was an applicant blogger here at The MFA Years—feel free to read it if you haven’t already. Since my last blog post I chose to attend Brooklyn College. I packed up my apartment near Columbia University and moved with my roommate to Flatbush to be closer to the school. So far everything about Brooklyn College is what I wanted in a school environment: it’s accessible, near family, and the faculty is wonderful. So are the other students. There are fifteen of us in the fiction concentration and we see each other every week. We’re all in one fiction seminar together and then split up between the various workshops offered by the program. The fiction department made an effort for us get to know each other long before the beginning of the semester. There was an admitted students party last spring and then an outing to a Brooklyn Cyclones game over the summer. We also had a gathering at an administrator’s house the day after orientation. By the time I actually sat in a classroom together with them, I felt comfortable with my classmates. I feel like I won the cohort lottery, actually. Throughout this academic year, I will post monthly and share some  aspects of graduate school as I experience them. And boy, there are a lot of new experiences.

Before I started my undergraduate degree in 2012, I was a caregiver. I cooked; I cleaned; I attended parent-teacher conferences for my brother. I was a young domestic, using skills I honed from being the only English speaker in the household as a child. When I was seven I served as a bilingual mediator between my confused grandparents and their overworked benefits administrators. I called social services like the food stamps office, pretending to be much older than I was. I pretended to be my mother, my grandmother, our landlord; whoever I needed to be to get things done. By learning the lingo of authority I was able to speak to anyone, even those much older than me. By nineteen I was so used to navigating bureaucracy, not even the PTA could scare me. (“I’ve seen some shit, Linda. I’m not buying three cases of fundraiser cookies.”)

I was so good at running a household…until I wasn’t needed. My brother moved out of the house, my mother started working full-time, and my grandfather died of cancer. The little tasks I had filled my day with dried up. You’ve ever felt like an empty-nester before 25? It’s a bitch, let me tell you. That’s part of the reason why I decided to get my GED and go to college.

My path to the MFA was a winding one but I got where I needed to be in the end. Along the way I picked up stories to tell and a fondness for speaking through voices that were not my own.  And now I finally get to write all the time. I write about those times my tía has too much rum and cries about missing the coquí in Puerto Rico. I write about tío chiming in and calling the coquí too loud. I write about their resulting fight—a third in English, a third in Spanish, a third in universal grunts and hissing—and how they’ll make up later to an old Mark Anthony song. I write about how my grandfather used to put sachets of herbs under his mattress to ward off evil. I write about that year my elementary school teachers started enforcing “English only” rules so the playground became a desperate cacophony of Spanish, Creole, and Yoruba. I write about learning to use a cane, boys learning to dance in heels, and singing Miley Cyrus badly in gay bars. I write funny things too, though, I normally don’t mean to. I write my life through the eyes and bodies of others.

Graduate school was never one of those stories, but here I am. This is my life now.