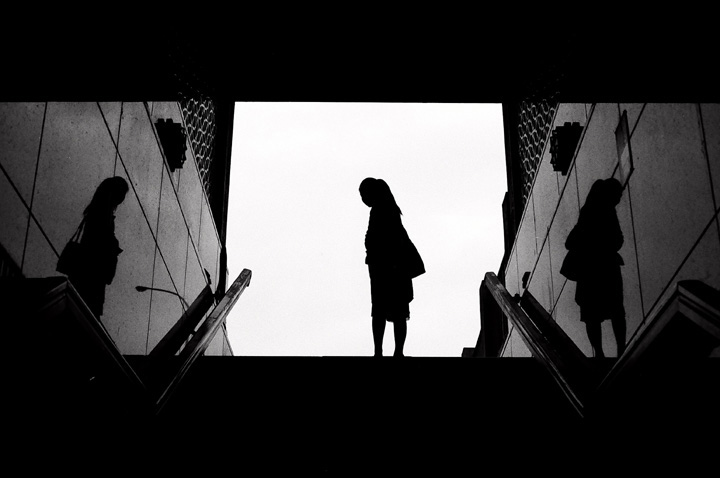 My poems so far have largely been investigations into my identity, often performed within a certain framework; namely, retelling of myths, gender-swapped. I joked with a cohortmate about this formula: “This story used to be about a dude, but now—wait for it—it’s about a lady.”

Intertwined with this examination of my woman-ness is the intersection with my ethnic identity as a Filipina American. For one reason or another—I have not yet determined the why of it—I feel the fact of my racial identity much more potently in Boston than I ever did in California. This is not to say that I’ve been mistreated or singled out for this in any discernible way thus far.

Here’s an example: at the Boston Book Festival, I attended a panel (I’d prefer not to say which one) centered on authors writing on a particular topic. I asked the three white authors if any of their books had POC (people of color), and if so, how they were impacted differently by the topic at hand. Two of the writers said there are no people of color in their books; one was wary of speaking on an experience that they are not intimate with (I can understand that), the other said that they didn’t write about it but were aware of the importance of this issue, and spoke a bit more on it. The third did have people of color in their book, which was a cross-cultural survey.

I haven’t fully parsed out my feelings yet—on one hand, I understand the hesitation over writing about experiences that are not your own. On the other hand, I felt that the talk was not for me, that most of these books will not speak to or about me.

In anticipation of a reading by Junot Diaz, I assigned my creative writing students his famed essay, “MFA vs POC”, on his experience as one of few POC in the MFA program at Cornell. (If you haven’t yet, read it—read it now!) In addition to this essay, I had read all of his books and a few interviews and was somewhat familiar with his politics. I attended his reading feeling parched in some inexplicable way, had hopes for what he would say.

Diaz’s talk was less of a reading—he only read “Alma”, a brief story from This is How You Lose Her—than a Q&A. His comments on the dominant narrative of love have been echoing, rebounding in my head ever since (the following is excerpted from a Daily Free Press article on the event):

“I’m a person who grew up [a] Dominican kid, immigrant kid, in a society that told me that people of color were hideous just to begin with, that the most beautiful thing on the Earth was white people … that is the tutorial of living in America. There’s so little space for us to talk about loving ourselves.”

He went on to speak about the implications of this: when POC are excluded from the popular narrative of love, it’s a struggle to create an alternate narrative for themselves. No representation; no template. This was one of the first times that I felt like an author spoke to me specifically, articulated what I have felt in myself so long but been unable to fully accept or express. This informs my identity; this informs my writing.

Among my teenagehood heroes were John Berryman, E.E. Cummings, Emily Dickinson (further back in my reading journey, my sole literary hero was, incongruously, R.L. Stine—perhaps the reason why I dearly love horror movies, but so far, his influence isn’t evident in my poem-writing). The lessons I learned from all of them were invaluable. But there was something missing, an absence I didn’t realize until much later.

In what might evidence the stereotypical narcissism of a writer, I write for my younger self; that is, I write poetry that would’ve behooved my younger self to read. Poems that validate my childhood experience, one punctuated with innocently oblivious incidents (e.g. friends at my house declining to consider eating home-cooked Filipino food, with its startling pungency and inimitable alchemy) and erasures (I yearned for television role models that looked a mote like me and clung to Shelby Wu and Sailor Mars for their dark hair alone). I hope people who are not minorities will relate to my work and find value in it. But more urgently, I hope that POC will see themselves, to an extent however small or significant, in it, connected as we are through the thin, seemingly tenuous, yet strong-as-steel thread that runs commonly through the lives of minorities in this country.