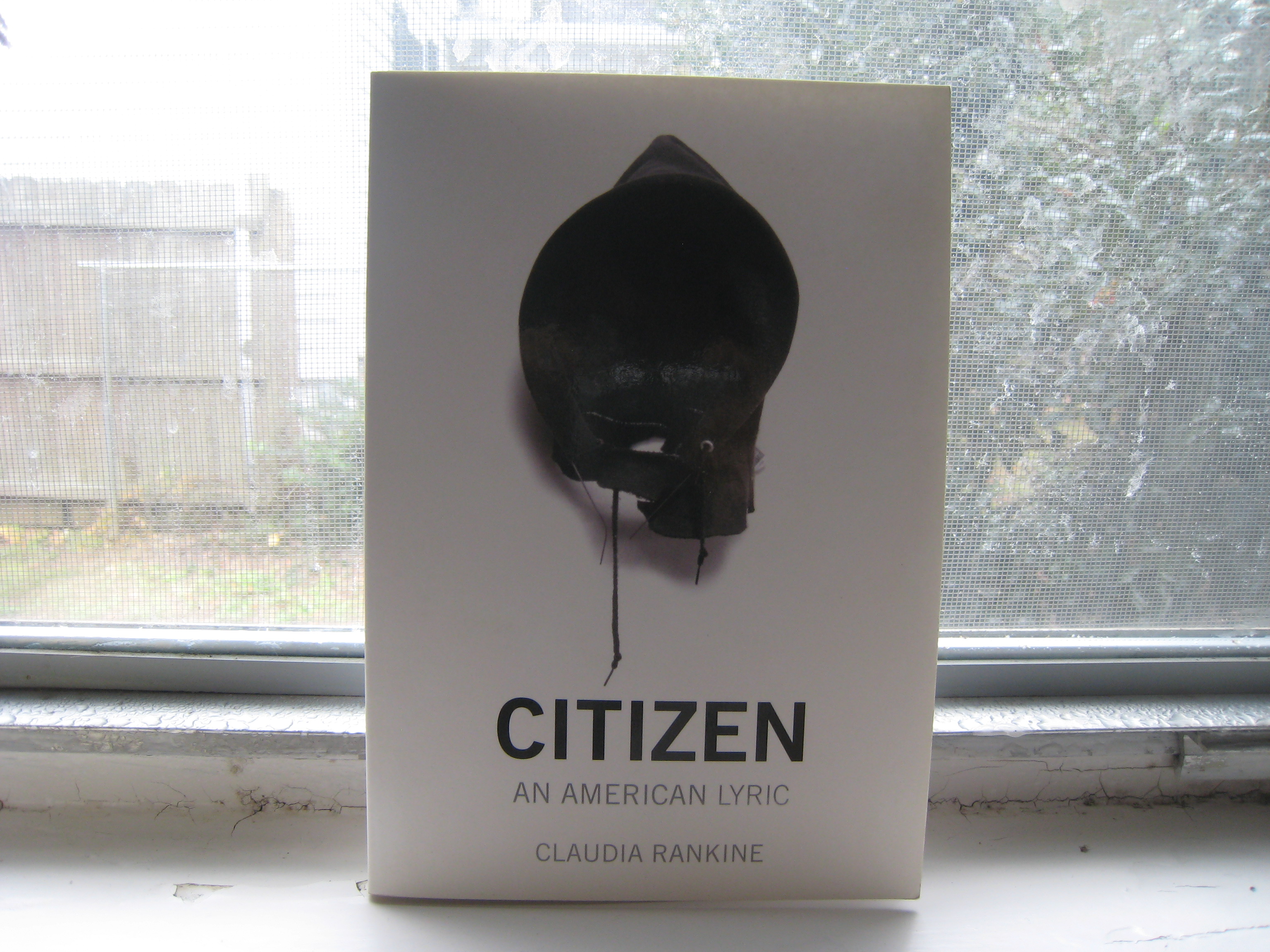 Happy Halloween! I can’t believe it’s already the end of October. Fall is slowly settling in to Columbia. It was warmer these past few days, but today it is cloudy (my favorite) and I am relishing the cooler weather.

The highlight for the month of October was definitely the master class with Claudia Rankine. She gave two lectures/readings at the university and candidates in the MFA program got to take a master class. We were told to write down a microagression and bring it. The class was larger than I expected, maybe around 15-20 people, but it was because alumni were invited, as well. Professor Rankine first asked our name and then we read our microaggression; she closed her eyes while she listened. She did not have a paper copy in front of her. She just listened and, when she spoke, pinpointed exactly what was working in the piece and what wasn’t. She told us to pay attention to the language that was used; the language carries its own stories. To carry these pieces forward, the known thing becomes unknown to be known. There were people of color and people from the LGBTQ community attending the master class. As I listened to what people shared, I recognized some of those experiences. When a woman shared her piece about a man who hit on her and, when she didn’t respond, called her a “bitch,” a slight murmur rippled across the room. Professor Rankine recommended she work on the turn; whatever the turn is, you want people to think “whoa” and not turn to their own experience, therefore, forgetting the world of the poem.

I attended both of the lectures/readings. I could’ve listened to her talk all day. Some of the valuable things I took away from those talks were one, she admitted to one microaggression she committed in Citizen and how she was thankful that her friend made her aware of it. Two, Professor Rankine said she lived in a world of private clubs, tennis lessons, and affluence. But even in these places, where people are well-educated and lived privileged lives, racism is alive and well. Citizen was partially made to show that.

In one of her talks, Professor Rankine said that we need to come to a point where we simply say, factually and straight-forward, “That’s racist” when someone makes a comment. I’ve already experienced racism and microaggressions during my several months here in South Carolina. And it pains me to say that I didn’t say anything; whether it was directed at me or someone else. I remember coming back to the apartment and crying about it after. I just want to reach the point that Professor Rankine talked about; call people out on their bullshit and make them feel uncomfortable, let them know that they’re wrong and this is why systemic and institutionalized racism exists. Why should I feel uncomfortable or implicated in someone else’s hateful transgression? Why should I or other people who have been othered carry these wounds until they festers and sore?

I’ve been thinking about making a list of these instances and working on how to address them, how to be better next time. I think part of the problem is that these moments happen so quickly and they’re around people who you thought knew better, who were better. But Professor Rankine is right; racism is alive and well, and it’s up to me (and, let’s be honest, white people) to call people, whether they be friends, colleagues, or strangers, out on their bullshit and say, “That’s racist. That’s sexist. That’s classist. And I won’t stand for it anymore.”