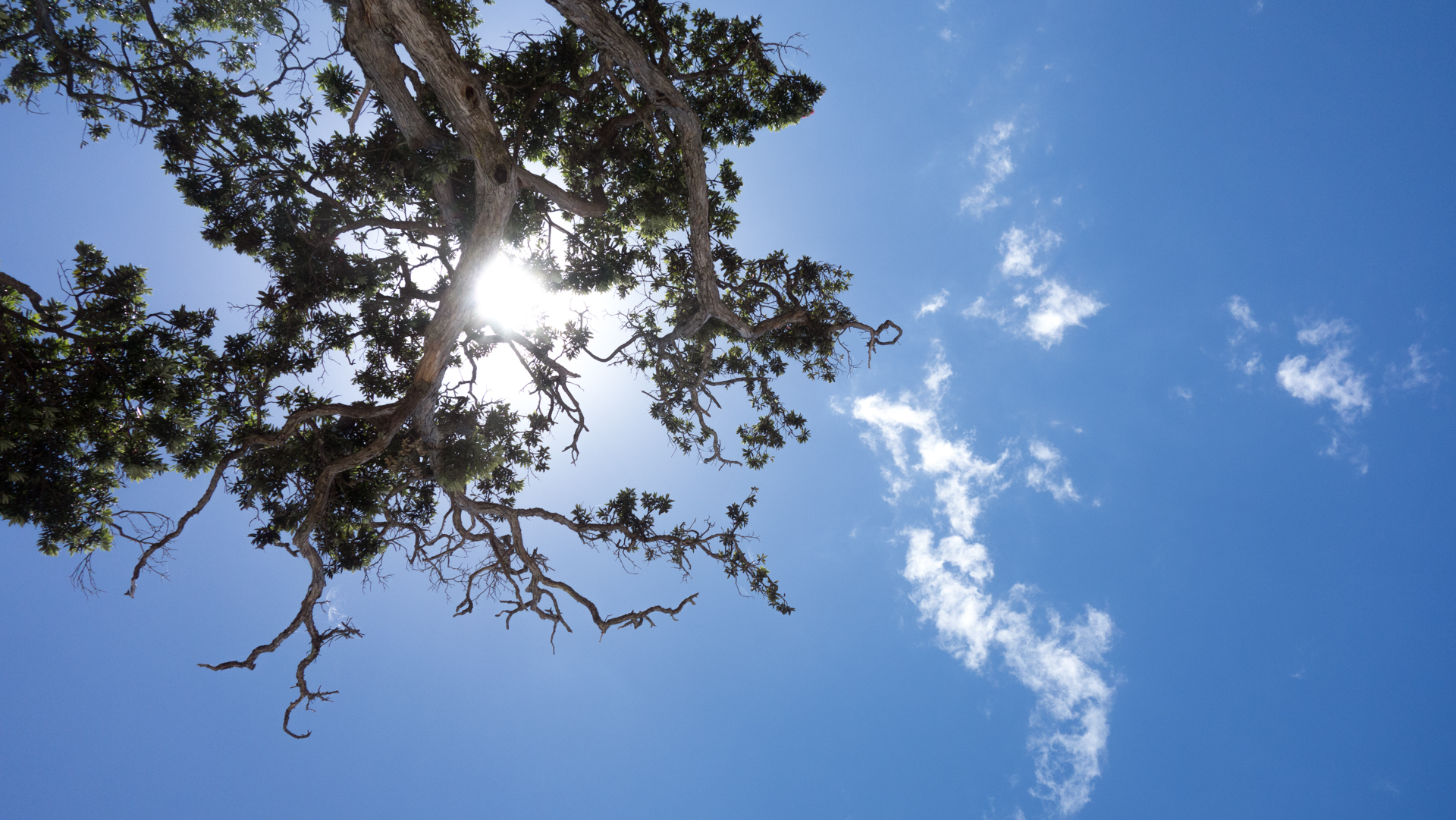 Edinburgh has a pretty straightforward application process. Every form of communication is done online, including the submission of past qualifications and transcripts. There are no application fees, and I wasn’t asked for any GRE results. Aside from my past academic history, the whole application process seems to be judged on the strength of two writing pieces, a statement of intent, and two letters of recommendation from people who were familiar with my capacity for creative work and criticism.

To be completely truthful, I didn’t agonize over any part of my submission material at the time that I applied. I was lucky enough to have one story that had already been published, and a second one that had been spent under a considerable amount of scrutiny. As for my statement of intent, I wrote it in an evening with a head full of fire, convinced that I needed to leave everything that was happening in my life behind, driving me full speed toward a year of writing, whether I was accepted by the university or not. I’m pretty sure I wrote something similar to that effect in my statement. Once I had submitted the entire application, it wasn’t too hard to keep myself focused on the surrounding factors of my life. We were in the midst of servicing a film shoot that demanded a lot of my creative energies, and so when I did get an offer of acceptance, it came as a pleasant surprise.

Without a student visa though, any thoughts of actually attending this coming year would have been vapor. In retrospect, there was probably very little reason for my visa to be denied, but I tend to stress over bureaucratic things rather obsessively, and in the end I was left with very little time to do anything. In short, applying for my visa got really fucking messy.

When studying in the UK, every international student is issued something called a CAS number, which the UK uses to confirm a student’s acceptance to a program of study. CAS numbers aren’t distributed to students until approximately three months before the start of term due to visa restrictions; any visa applications submitted to the government before three months prior to start-of-term are automatically rejected, so I wasn’t allowed to begin my visa application until late June.

In theory, three months should be enough time for students to apply and deal with anything that may come up, but in actuality, I only had two months because of my particular situation; I already had my ticket booked to leave New Zealand on August 23rd, so I needed to have my passport fully sorted by then. Once I received my CAS number, I started applying late one night online. I was almost ready to submit my application until I got to the section concerning “financial maintenance”. Here’s the rub: a visa can also be denied if a student can’t show proof of funds that will sustain him throughout the whole year. They have a fixed amount for this, and so I went to check the currency exchange to see exactly how much my added savings in the months prior would translate from kiwi dollars to pounds. The blood drained from my face when I saw the exchange.

Something happened to the New Zealand Dollar in the month of June that devalued it greatly against the British Pound. In the course of a month I had suddenly lost about NZD$5,000 when it came to my tuition price alone, and the forecasts were that it was probably going to get worse as the year went on. I stopped my application and had a few really bad nights of sleep as I tried to weigh my options. The biggest problem I faced was leaving all the money I had saved as NZ currency while I waited to pay for tuition. I decided to eat the loss and arranged to pay my tuition online that week before risking a bigger loss come the end of September.

Waiting until September also meant risking a visa denial. With the money left to me after my tuition payment, I had just enough money left to last me the year. I still had more money I was counting on as I continued to sell all my things in New Zealand, but for the purposes of the visa, I needed to prove I could do it at the time of application. I needed my money in pounds. After asking around a bit, I learned that my bank had the option of opening accounts in a foreign currency. I opened an account and converted my savings immediately, but I ran into another logistical block; proof of financial funds needed to sit in one account for an uninterrupted period of 28 days. I had to wait a month before moving forward at all.

While all of this was going on, my prospective housing situation at the university started to misbehave. I applied for the student residence halls as soon as I found out I could, which for me was about the end of May. I was allowed to choose up to three housing options, so that in case one wasn’t available for allocation, the housing office could place me in back-up halls of my choice. Seeing as how I’ve been very money-conscious throughout this whole process, I selected the three cheapest halls (which offered the tiniest rooms too. I don’t mind small spaces.) I got an email immediately stating that the application had been received, and that they would be in touch as housing became assigned.

And so I waited. And waited. And I continued to wait until about two weeks before the end of July, at which point I talked to somebody online in the housing office about what was going on with my residence allocation. After a brief chat, they said they would look up my application and see what was going on, and email me later that day. A week passed with no word, and so I called the office directly to speak with a different someone in the housing department.

It turned out that my application was never matched properly to my student number. She proceeded to move it forward. By then though, we were nearing the end of the housing deadline. Two days later I was allocated to a residence hall that didn’t match any of my three choices. I was suddenly looking at spending an additional £2,000 more for housing than I had originally estimated. I already felt like I was on some thin ice with money for the coming year, and after talking to a few people over the next few days, I decided to reject the offer. There’s peace of mind that comes with an offer of residence at a university, especially as an international student. You have a place that you know you’re going to, and there’s immediately a community of students around you who are just as unfamiliar with everyone and everything around them as you are. It would have made things easier, and I still don’t actually know how troublesome finding a flat will be once I arrive in the city, but if you’re reading this and money isn’t going to be readily at hand, sometimes the cost of this peace of mind can be too much.

The end of July came, bringing the 28-day quarantine on my savings to an end. I finished my visa application, met with a visa officer to take a photo and fingerprints, and was then told I needed to mail all of my supporting documents to Auckland, at which point my application would be forwarded to the UK’s visa processing center in Manila (at first I heard Milan, and so whenever I told anyone what was going on, everyone always said the same thing. “MILAN. What the fuck are they sending it to Milan for?!” Yes, they swore every time.) My passport was returned to my desk at work just a few days before I was supposed to leave New Zealand, along with an approved student visa. The relief was overwhelming, and after months of being a complete wreck, I finally felt a great calm.

For a long time, there were very few people I told about my admission into the university. Everyone close to me knew I was already thinking and planning of leaving work, but telling them about my acceptance would have required a certain level of excitement for something I still thought wasn’t a sure thing. I tried to convince myself that everything that could go wrong probably would. And actually, it kind of did, but then it ended up not being so bad. I planned ahead, and I think that if I hadn’t, this next year would look very different for me.

A more curious thing has come of all of it though. I was talking on the phone to my grandmother last week when I was in Mexico, and she asked me if I was excited. It’s not the first time I’ve been asked this question, and I can’t ignore how hard it is to answer it. I’ve spent many months trying not to get excited about going back to school, mostly out of fear that, ultimately, it wouldn’t happen. I’m now three days away from landing in the UK but still, I can’t say that I feel excitement. Right now, it just feels like a next step in a long walk. For me, I’ve realized that I enjoy movement more than most things in life. I love to run, and to ride on trains, and to fly, and to walk, endlessly, through unfamiliar streets in unfamiliar cities. I’m not sure there’s anything else for me to do in this world right now than to get on that plane and land, to keep moving to where I need to go. To write.

That’s where I think this next year is going to be very interesting. I feel like I lost something I didn’t fully comprehend I had until my first plane started lifting away from Wellington two weeks ago. It was so physical; that realization was tied so strongly to that first plane when it began to fly. Now I’m left with only words, words for everyone I’ve yet to meet, and words especially to those I hold dear. I write to them. For them, words are the most important thing I have to give.