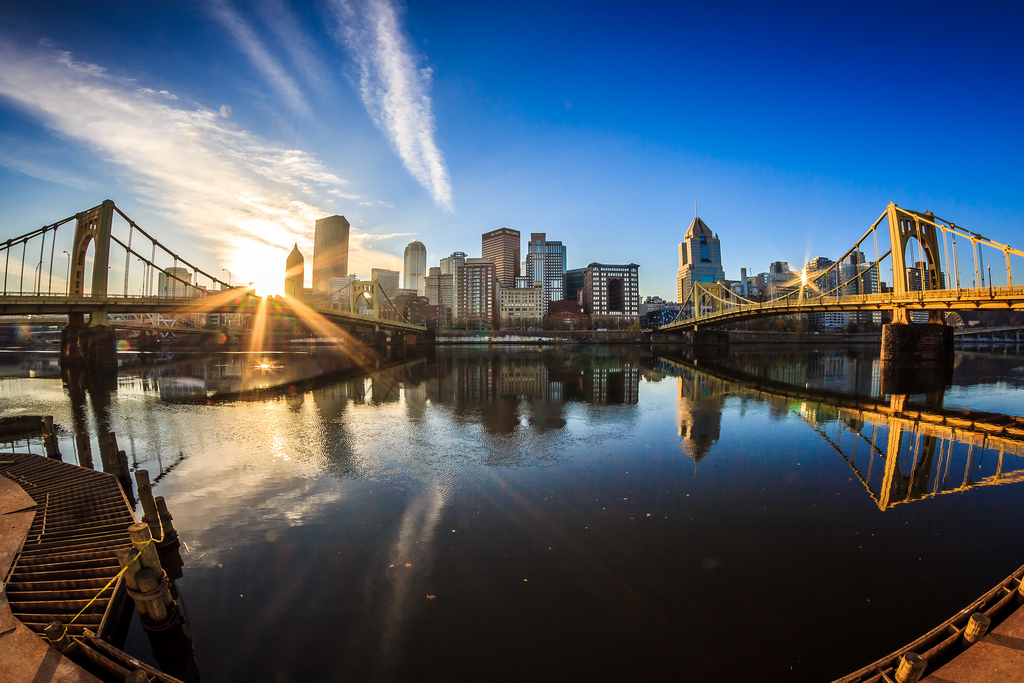 What was it like living in Pittsburgh? How far did your stipend go there living wise?

Pittsburgh is an interesting place. For me, it was a difficult place to live (though they’re working on it, it’s still a highly polluted city, and I developed asthma from living there—but somehow it doesn’t bother most other people), but it seems like many of my classmates loved it and felt like it was a good environment for artists. It’s cheap to live there and there are a variety of ways in which you can get involved in the city and its various grassroots programs. I joined a ceramics co-op and got a lot out of it. A number of people from the program have become Teaching Artists with the Pittsburgh Center for the Arts and/or through the Pittsburgh public schools; others have interned at Creative Nonfiction (which is headquartered in Pittsburgh’s East End). There are also a variety of ways to get real experience and  have the opportunity to publish through places like Pittsburgh Magazine (a nice glossy and a great place for new people to get clips), Belt magazine (located in Cleveland, but lots of Pitt students have published here), Pitt Med Magazine (great science writing experience), and elsewhere. I could live by myself, get an apartment, also got extra summer funding. I received a number of grants to present at AWP and also to travel to Lithuania on a fellowship. The university is very generous with money, particularly for nonfiction people, and I found that teaching 1/1 was also great, because it allowed me to mostly focus on my own work.

How did the program equip you for and support you during your teaching assistantship?

Part of the reason I chose Pittsburgh had to do with its strong background in Comp pedagogy. I was interested in learning not only “how to teach” but “why I teach”—that is, I wanted to figure out the stuff behind the actual mechanics of teaching. Pitt is good at both. There is a yearlong class that meets sporadically (more frequently in the fall, less frequently in the spring); there is also a three day workshop prior to class starting that helps to prepare syllabi, etc. I thoroughly enjoyed teaching, though I had a difficult class at the end of my time there.

What was your MFA experience like outside of the classroom?

Hands down, the most valuable time for me was the MFA trip. It’s a trip to New York (for nonfiction 2nd and 3rd years) to meet with editors and agents and pitch your work. From our class alone, we’ve probably published or have under contract at least half a dozen articles. I had three sales come directly out of that trip and feel well positioned to get an agent in the future, having corresponded with several following the trip.

There are several reading series, too, and many good names come through Pittsburgh.

Pittsburgh is also home to a top-ten symphony orchestra, and tickets with the Pitt Arts discount can be had for free (or if you don’t make it over to their office, you can buy them for $15 online). There are also some very good plays—theatre is pretty decent. Also an arts walk, the summer arts fest, and many other opportunities to be involved in arts throughout the city.

I love the articles I’ve read of yours online and I’m wondering how your writing changed during your MFA? What do you think attributed to it?

Strangely, the MFA gave me a kind of confidence. I had previously taken classes in another MFA program as an undergrad, and I was certainly one of the weakest writers there. Granted, I was 19-22 when I took those classes, and hadn’t yet figured out what I was doing in my writing, but I thought of writing as something I didn’t do particularly well. It was just something I worked on a lot with the hopes of someday getting better at it. English was always my worst subject.

But when I got to Pitt, I realized I was pretty good at this. It was validating to get accepted to a bunch of schools and to be able to pick one that I thought would be a good fit for my work. It’s not just one thing that changed my writing, though. To be honest, I was hazed by another member of my class for the majority of my time at Pitt, and that was debilitating. I don’t think it was something that was specific to the program I chose, however—most MFA programs are more alike than not, and all the pathologies that writers have surely contribute to a variety of problems. The party has since apologized and is on a ‘new track’ in life, or something—but the fact that it happened made it difficult for me to have connections with a number of professors and students. So that was too bad. But in a way it was useful, as I ended up focusing on my own work rather than getting caught up in other things. There are lots of ways in which you can socialize with your MFA class, but staying home and writing is useful too. My MFA class at Pitt was decidedly less social compared to my prior experience with taking MFA classes anyway, though this varies from year to year at any MFA program.

I wrote a piece about a class I took the fall of my second year, and that experience—we met every day and wrote—was very valuable in getting me into a rhythm of writing. But I ended up going in a totally different direction, in that I realized I don’t really need to write every day. I try to, and if I do it, I do it. But it’s not required. And in fact, because I am usually doing fifteen other things at the same time, I am often “saving” my writing time for when I have a few minutes to sit down and write out the thing I have been thinking. I used to feel really superstitious that I had to be in the “right” mindset to work, but it turns out you just work when you have time. I do best when I’m busy, and that is the way in which I have filled my time post-MFA.

While in grad school, I had a lot of doubts and anxiety about my work: whether it was good enough, how much I should be writing, whether I should write about X or Y, that I wasn’t spending enough time working on my pages, and whether my thesis advisor approved of any of it. I switched thesis advisors in my final semester of the program, and that enabled me to change my mindset and realize that the person I wanted to please most in my writing was actually myself. The opinions of others mattered, but not at the expense of my own. I couldn’t get caught up in other people’s inadequacies or writing demons or fraud police. I had no time for that; I had to write. And as it turned out, I didn’t really have any of those types of problems; I had just inherited the feeling from working closely with a mentor who had those feelings about their own work. I found the experience of having two different thesis advisors to be useful, however—one helped me with the business of freelancing and being a nonfiction writer and structuring my work; the other made me pay attention to language and emotion.

Now that I’ve graduated, I feel a lot freer and more confident in my work. I was lucky enough to be able to transition immediately to working as both a medical writer and a freelancer, so I didn’t have time to have a post-MFA meltdown. I know a lot of people who do this. It’s hard after the MFA, because you went there thinking things were supposed to be one way, and then they turned out something else. What’s more, your feelings or thoughts about your work and your relationship to your work have probably changed, so you have to develop new habits and patterns of writing and working and thinking. But I try not to think too much about it. I just try to “agis quod agis” – do what you are doing. Pitch work, get published. It’s all we can do, anyway.

Emily Maloney’s work is appearing in or forthcoming from The Atlantic, Harper’s, the North American Review, Glamour, Ploughshares, and elsewhere. By day, she works as a medical writer and project manager.

If you’re a current student or a recent graduate of a creative writing program and are interested in being interviewed, visit our submissions page.