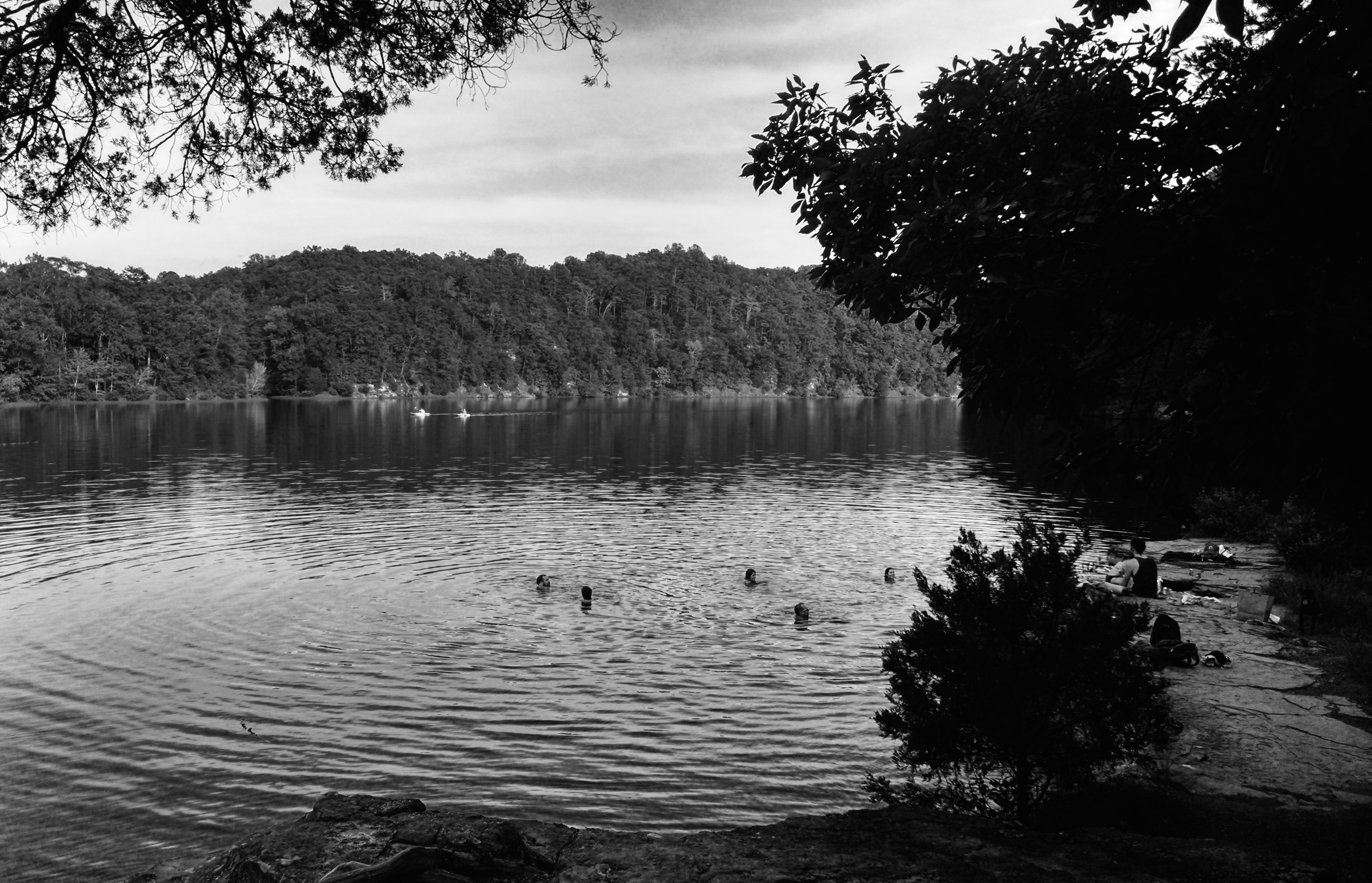 This past weekend marked my three-week anniversary in Tuscaloosa, and thus far, being in an MFA program has felt like a much better version of college. Or at least, more like the version of college I’d imagined growing up.

Seven years ago, when I arrived as a freshman at Brown University, I was going through one of the worst periods of my life. My mother had died three weeks before after a long and arduous battle with ovarian cancer, and in leaving Los Angeles to move to Rhode Island, I had left behind any semblance of a social support system.

For the first several years, college was lonely and isolating. It was hard. People constantly asked what my parents did (when you’re a new kid in college, that’s what people talk about, that and your dorm, where you’re from, and what major you’ve picked). When I told the truth, I could see their faces shrinking away and imploding on themselves. I had brought up one of the top taboo topics in our society—death—and I often found myself apologizing when others became uncomfortable, both professors and students alike. I learned that when people asked what my parents did, I should just talk about my dad and let the conversation drift elsewhere before the topic of my mother was brought up.

Not only was I facing issues of mortality, of loss and of grief, but of course, I also still had to deal with the more typical college anxieties—pretending to like frat parties more than staying in and reading, learning which friends were real and which ones were social climbers, and figuring out what to do when my roommate began secretly stealing my food (like, whole blocks of cheese. Since we were totally real adults, we never talked about it).

With this frame of reference, I found myself growing anxious as I again readied myself to move from Los Angeles, where I had lived and worked as a teacher for three years after college. This time I would be packing up for Tuscaloosa, and my August arrival at the University of Alabama would mark the second time I had ever been to the South. Sure, I was afraid of the normal things—that I wouldn’t make friends, that my roommate and I wouldn’t get along, that I would struggle to adjust to life in Tuscaloosa as I missed all the familiarities of L.A. But truth be told, transitions are hard for me as well because every time I pass a new milestone, my mother’s absence becomes fresh and painful once again.

That having been said, there’s a certain freedom that my mother’s death has allowed me, a certain confidence in my writing that I’m not sure I would possess otherwise. Growing up, the idea of my mother dying was always one of my greatest fears, and once it happened, it was hard to imagine being afraid of whether people would like my fiction or whether or not I was making the “right” choice in pursuing a graduate degree in creative writing.

I’ve been pleasantly surprised at the ease of the transition. Yes, moving is necessarily a hassle to some extent, and now that I’ve finally purchased all the furniture for my bedroom, I can spend time concerned with such issues as why they won’t pick up our recycling (really, I don’t get it, I swear we’re following all the guidelines) and what is causing the loud, thunking noise whenever we turn on our kitchen sink. My roommate and I have, however, already dealt with the cockroach problem. Invasive flying insects have to be a priority.

I feel like I’ve chosen the right place in coming to Alabama, even if I do miss my friends and family in Los Angeles at times. The people in my program are creative, witty, friendly individuals who don’t subscribe to the mythology of competition that can be legendary in MFA programs.

I’m thrilled with the classes I’m taking: Blood Melodrama, a literature class about genre/crime fiction; Hypoxic Fiction, a workshop in which we turn in a new piece of writing each week; and Comedy, a hybrid class in which we study and practice crafting contemporary humor pieces. The program at Alabama also eschews the notion that a creative writing MFA program necessitates a monk-like existence; in other words, we socialize, at bars (Loosa Brews is my favorite so far), at pick-up soccer games (scraping your knees proves you’re a good player, right?), and at our place for dinners and movie nights (being able to cook well and owning a projector can do wonders for your popularity…or is it my charming personality?).

On weekends, I’ve gone swimming at Lake Nicholls (pro-tip: it is so worth it to bring pool noodles if you want to “swim” and drink beer at the same time) and driven up to Birmingham to purchase antique furniture and see Kishi Bashi perform at the Saturn. Ultimately, I think what I appreciate most is that I feel like I can be myself here. I don’t need to affect a particular persona to be cool enough or interesting enough for people to like me.

Next time I’ll delve further into my classes (including Michael Martone’s excellent fashion choices) and into the experience of working as a teacher’s assistant in a large lecture class. In the meantime, here are some fun tidbits:

Currently Watching: The Babadook (so creepy!)

Currently Listening: Elliott Smith’s album From a Basement on the Hill