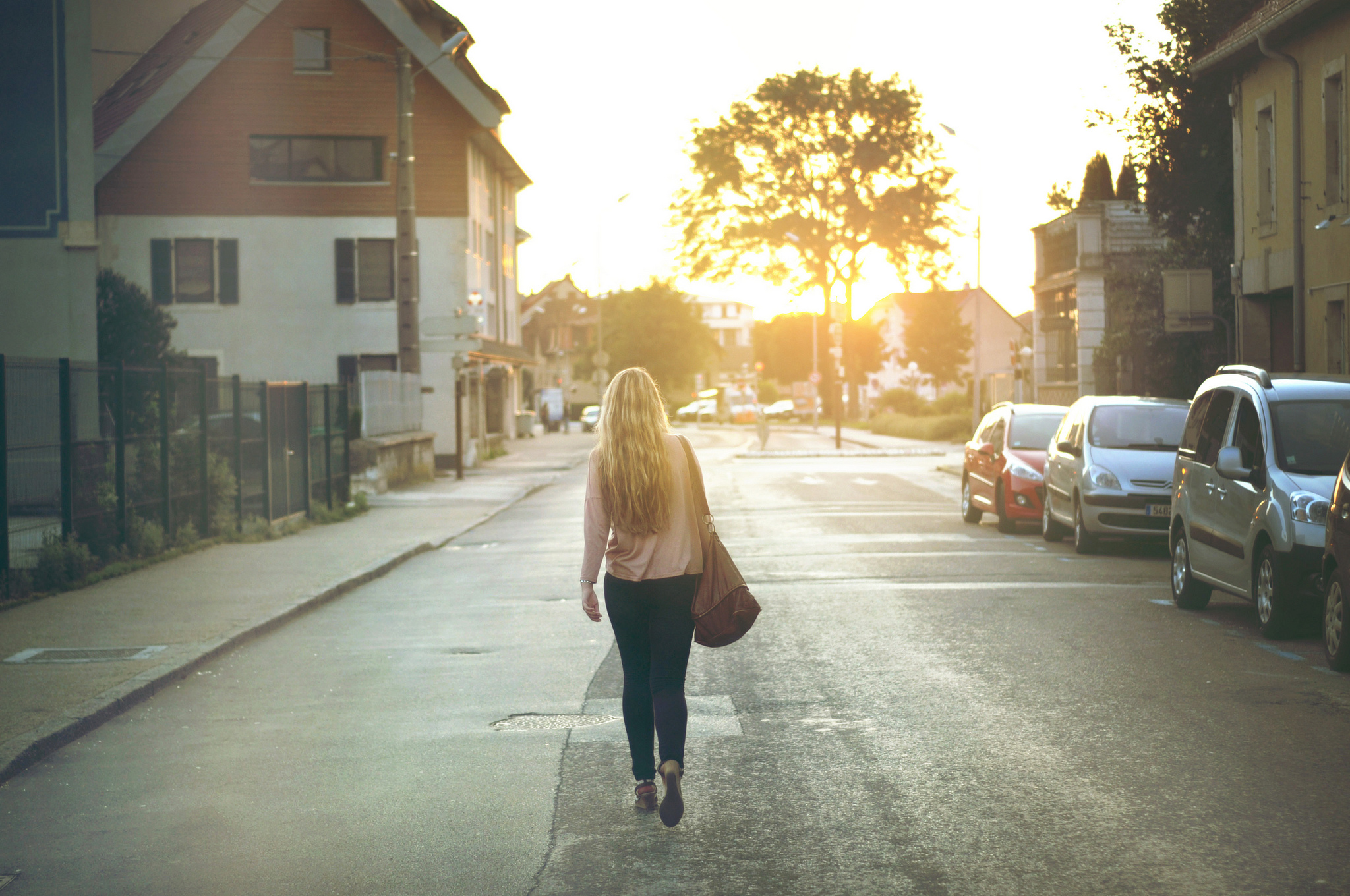 My first day of classes is in twenty-three days and all I can think about is not going. I have this vision of raising my hand after attendance is taken and saying, “Excuse me, Professor, you didn’t call my name.” He’ll scan the list one more time, shake his head, and tell me to go to the main office down the hall, on the right. I’ll slide my notebook back into my bag and try not to focus on those watching me leave the classroom.

I’ll explain my situation to a woman behind the front desk, and wait anxiously as she types away on her keyboard. And then I’ll see it—the “oh shit” face – and know something is wrong. She won’t even excuse herself to me—she’ll just speed into the office behind her, point to me, and nod her head.

“I’m so sorry, Ms. Sharkey,” she’ll say, “but you’re actually not a student here at Stony Brook Southampton. There was an error and I’m afraid you weren’t actually accepted into the MFA program. I’m so sorry—someone should have notified you.”

Despite the fact that I’ve enrolled in classes, accepted my financial aid offer, purchased my required texts, and settled into my apartment, it doesn’t feel real and I find myself incredibly afraid. Afraid that, at any minute, everything will just fall apart. And the worst part is…a small part of me wants it to.

If I don’t attend the MFA program, everyone will just think I’m a failure. If I do attend the MFA program, there’s the possibility that, by the time it’s over, everyone will know I’m a failure. You see, when you’re young, it’s about growing up. But when you’re going on twenty-nine, it’s about trying not to fuck up….and I’m terrified I’m not done fucking up yet.

As I stated in my previous post, the decision to apply to MFA programs wasn’t an easy one. My boyfriend and I would have to put taking our relationship to the next level on hold. And while two years is no sweat for someone fresh out of college at twenty-two, two years makes all the difference when you’re pushing thirty. I’ll be coming up on thirty-two by the time I finish my thesis. Add three years in for moving in, getting engaged, and tying the knot, and I’m thirty-five. A couple of years to travel? Thirty-seven. Trying, fertility testing, adoption? Essentially, going to grad school was going to make it extremely difficult to even think about starting a family sometime in the next decade.

Then I got accepted to Stony Brook Southampton…without funding. After the initial celebration, I started crunching some numbers. I began calculating graduate tuition, rent, gas, books, etc. I worked full-time to put myself through undergrad. I also made sure to take a full-course load, knowing the less time I spent in college, the less my loan debt would be. Going to grad school was essentially going to double my principal balance. So, not only was I going to be unable to have a kid until forty, I’d also have a sizable amount of debt.

So, when I was hired on campus shortly after my acceptance, I began to think I could make this work. And, for a while, I felt like I’d made the right choice. But that fucking voice in my head won’t shut up.

Surprisingly, I’m really good at my job. So much so, that I’ve considered trying to apply for a full-time gig, as opposed to the part-time one I have now. I’ve got the experience, am more than qualified, and I love what I do.

“Apply, Lauren.” the voice says, “You can use the money, great health insurance, maybe ask if you can defer your acceptance for a year and save up some cash. I’m sure they’ll understand. This could be a good thing for you. You can have a career, security…health insurance.”

Parents are always telling their children to reach for the stars, chase their dreams, and be whatever they want to be…so long as it comes with a 401k. Too often, the acceptance level of a person’s aspirations is directly related to that aspiration’s ability to pay the bills. Your life goals are immediately invalidated by the masses if they don’t come with a steady paycheck.

There’s a ton of reasons not to attend an MFA program—debt, the future, fear of being the worst writer in the room at any given time—and they’re all valid. But, more than that, there’s something else that’s valid: my desire to be a better writer. When I really think about it, that’s all I’ve ever wanted to be.

See you in twenty-three days, bitches.