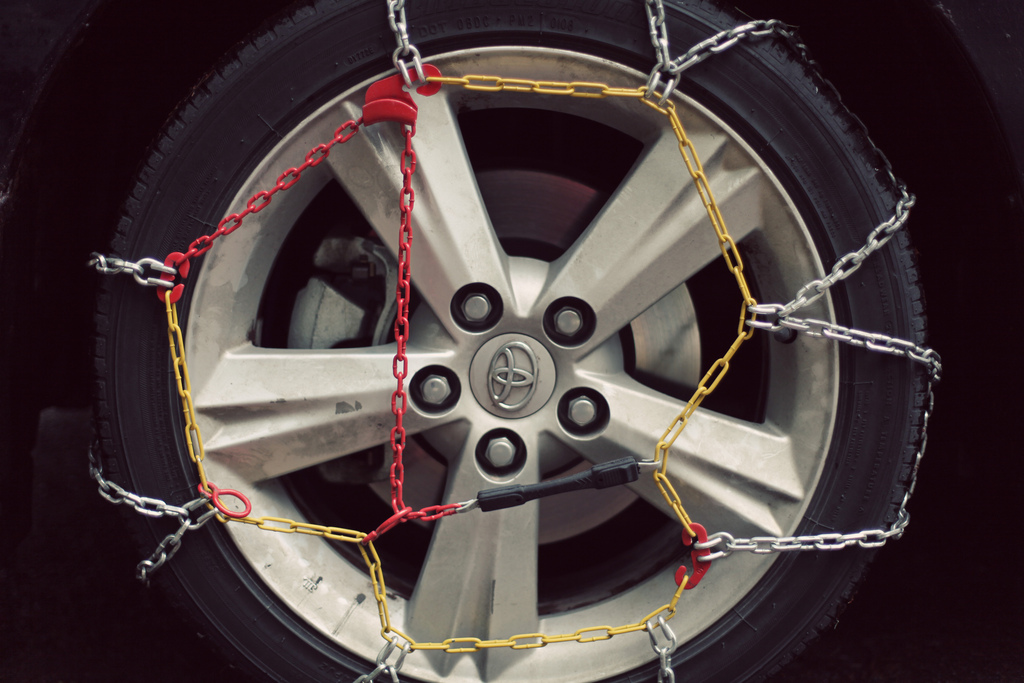 Last night, my old friend from college sent me a text linking to a Reddit thread entitled, “How to move to Moscow, Idaho.” Ever the jokester, she quickly added a follow-up image of a dude in a cowboy hat and American flag shorts leaning against the wall of a liquor store, two twelve-packs at his feet. “Apparently,” she wrote, “this is Idaho.”

I devoured the Reddit thread, much of which revolved around the weather, the necessity of snow tires (“don’t skimp,” warned the locals), and the relative liberality of Moscow as a “blue oasis” in this snowy Northwestern state. As of last week, such research would have felt like tempting fate. But as of Monday morning, I officially accepted an offer of admission from the University of Idaho MFA program in creative nonfiction.

In other words, I’d better start shopping for snow tires.

The past month has been an interminable slog of waiting, drinking, watching Mad Men reruns, and devouring sea salt chocolate almonds from Trader Joe’s. Now, of course, it’s time to snap out of it—that mire of escapism—and start the process of moving forward. On the one hand, I can’t wait: all I want to do is read and work on essay drafts to bring to my first workshop in the fall, look up apartments on Craigslist, and start picking out which coffee mugs and pairs of socks to bring with me from Los Angeles. But on the other hand, there’s this trepidation: about the move, about teaching, about driving in snow (I’ve done it, but only for the few months I lived in Tahoe…and not at all well). As I’ve mentioned before, part of this hesitance also comes from the fact that, by signing on to pursue my MFA, I’m also sentencing my boyfriend and I to three years of long-distance relationship strife. Sure, we knew it was coming. But until about a week ago, it seemed like it might not happen, after all.

Until about a week ago, all I had was the dwindling hope held out by a handful of wait list offers—and one acceptance with funding that simply wasn’t enough.

Then, on April 15, I got the call from Idaho. Prior to that point, I’d been #1 on the wait list for partial funding. I cannot tell you the number of times I’d told my boyfriend, “If only they’d just call and give me all the money!” It was a sincere but (I thought) fruitless wish. And then suddenly there I was, on the phone with the program director, hearing things like “full tuition remission” and “TAship” and “additional fellowship offer” and “no fees whatsoever.” I was floored. I was thrilled. I walked into the living room after hanging up the phone and saw my boyfriend’s face: his arms stretched wide towards me, his lips halfway to a smile, his eyes filled with sadness. “Congratulations…?”

It’s been a strange week, to say the least. In my head, I’m consumed with planning for the future. Then I take one look at my boyfriend, or around our LA apartment, and feel a rush of regret that leaves me desperate to hold on, to stop time, to wallow in the present. I’d imagined kicking the chocolate almonds and Mad Men marathons the minute I found out about grad school. But now I can’t seem to stop coming back to them, night after night. In other words, I’m stuck. With all this change hurtling towards me, my instinct is to stop and drop and curl into a ball.

Of course, this is a bad strategy. I want, and need, to move forward. Like my aging Volvo station wagon sitting outside in the sunshine, I’m going to need to get in shape for what lies ahead. Fill up the tank, check the oil…and yes, get those snow tires to keep me from skidding on ice or staying locked down in a drift.

Change is the only constant in life. And by and large, the changes involved in taking my writing to Idaho are the biggest and best, the most important and most sought after of my life. Perhaps that’s what makes embracing that change so difficult. This isn’t the ease of a new haircut, or even a fresh freelance gig. This is my dream. This is about making writing my priority. It’s about the degree—but also, or even mostly, so much more. It’s about adventure, independence, accountability, and dedication. It’s about broadening my perspective in a new and different place. It’s about writing this damn book I’ve been working on for the past few years.

It’s about snow tires. Driving through the storm, navigating the ice…and then, in the end, finding my way back home.