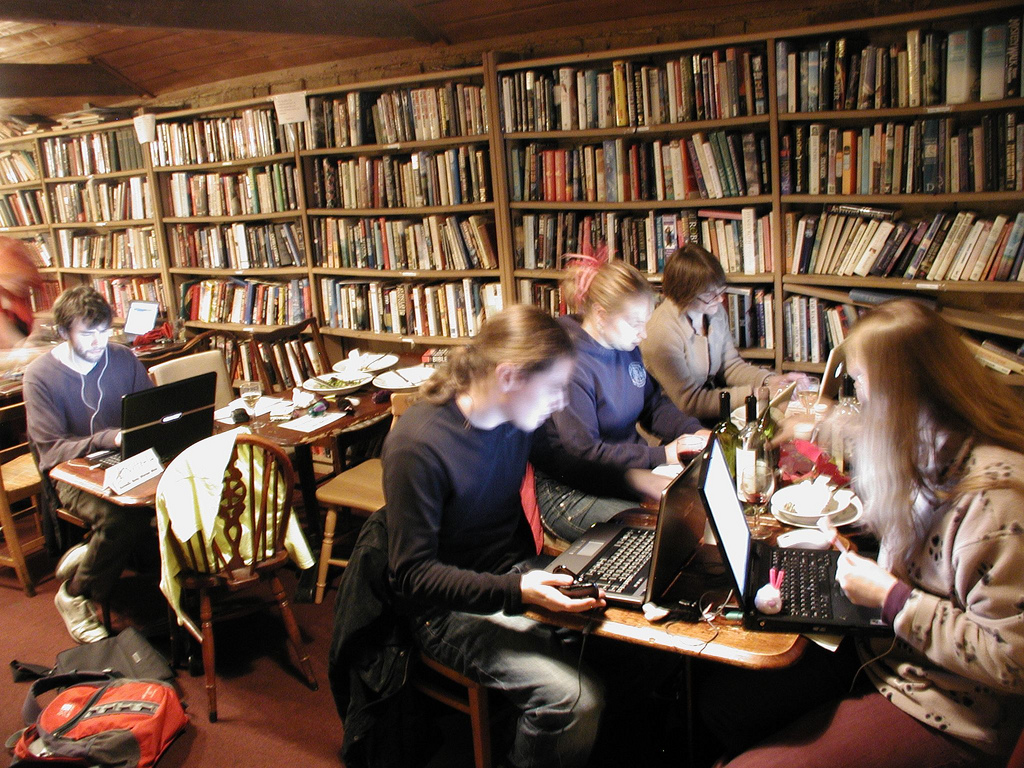 Applications (mostly due in January and February) happened right in the middle of the busiest weeks of my semester at Kenyon, as the senior creative project that would let me graduate with this lovely clause appended to my English Major: with an emphasis in creative writing was due at the end of February. When I wasn’t spreading out groups of poems on my floor, and doubting if graduating with an English major (with or without emphases) was a good idea––I had just discovered comparative literature studies––there was a substantial amount of Netflix (Parks and Rec, as many films about writers as I could find, and the occasional Shakespeare adaptation) and a decent amount of Merlot.

To have faith in my abilities as a poet. I had done all I could to make my application perfect. My letters of recommendation came from three well-known poets whose work I love and who were familiar with my own work. The advice, funnily enough, came from a professor who had (at the time) read almost none of my original work, but under whom I was translating Anglo-Saxon poetry for an independent study which ended up saving my collegiate career. But that’s a story for another post.

I applied to 7 or 8 programs all over the US. The one I had my heart set on said yes. Three days later, I got an email naming me a Poetry Fellow and telling me I had full funding. Two said no, and I never heard back from the others.

I would maybe have added a comp. lit. Masters or Ph.D to the pool of applications. Though if Southampton were to say yes again in this alternate reality, I would still pick them.