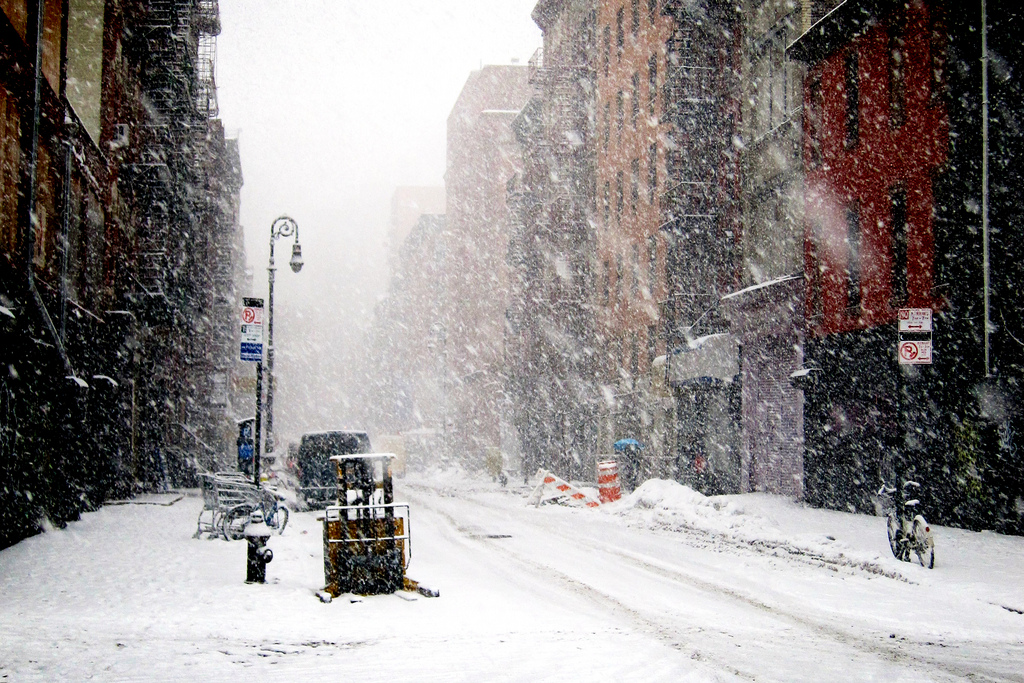 This semester started with a blizzard. Or, at least the threat of a blizzard that was serious enough for classes to be canceled. In the end, those of us living in NYC were spared the brunt of the storm but classes were still cancelled on Monday and Tuesday. My colleagues at the Southampton Stony Brook campus also had classes cancelled Wednesday due to snow clean up. Strange way to start the semester – snowed in or shoveling out – but there you have it.

Over the break I spent a few weeks visiting family and, truth be told, I didn’t write a word for weeks. Didn’t even open my laptop for nearly three of the six weeks off. And it felt good. I think I needed to have the break and just focus on people I hadn’t seen in far too long.

Now that I’m home, however, I’m finding it harder than I’d expected to get back into the swing of things. Most certainly my writing mind will take over again once we’ve started clas

ses but I think that my travels coupled with snow days have left me in a bit of “vacation mode” but I will emerge, just as the snow will melt. Eventually.

This time last year I was, of course, waiting to see which schools would consider accepting me. Most of my applications had been due the middle of January and some the end of January so the waiting and nervous anticipation was just ramping up.

Funny to think of how quickly I’ve adapted to having been accepted and even fallen into a routine even though I’m only just about to start my second semester. I’d like to think that this is a good sign and indicates that I’ve found the place where I belong at this point in my life, which is a very nice feeling indeed.

Barring any unforeseen weather events, I’ll start my first class on Thursday – essay writing with Kaylie Jones – and my semester will begin in earnest. This term I’ll have the essay class, a humor writing class (with Patricia Marx) and something called “Introduction to Graduate Writing” which is the only mandatory class of my entire MFA program. We’ve already been assigned reading and homework for the Intro class so I’ve got my nose in that, but it hasn’t quite hit me yet that the semester has begun.

No doubt I’ll be fully engaged again by this time next week, having gone to the first meeting of each of my classes. I’ll check in again in February and let you know how it is all going. But for now, I’m going to squeeze out the last dregs of “snow day/vacation mode” and read a book just for fun.