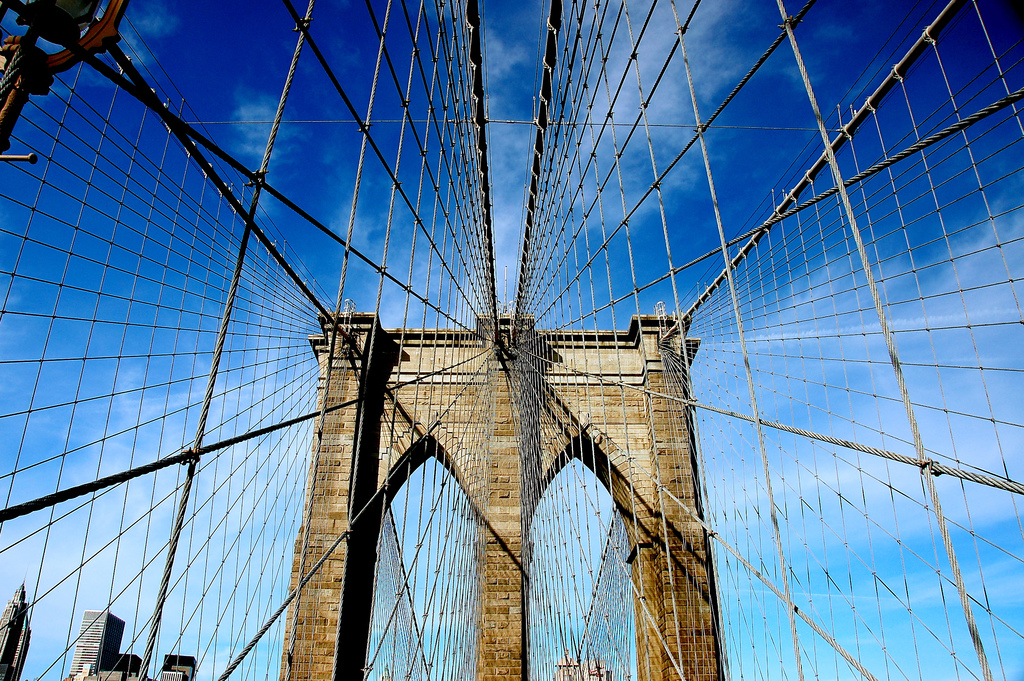 What was it like living in New York City? How far does your stipend go there living wise?

Oh, I was completely stipend-less. Somehow, the directors of the program would sometimes find some partial scholarship to distribute among the students, which was awesome — a few extra hundred dollars in your pocket is like buried treasure when you’re a student. But the real value of the Brooklyn College program is, it’s a top-tier school and you’re paying state-school tuition (actually, city-school tuition). Most of our professors also teach at Columbia and New School and NYU, but, you know, paying tens of thousands of dollars a year less.

Supportive! Weirdly, totally unexpectedly supportive. Our cohort was so varied — you can probably read that as me saying “they were all so weird.” There were magical-realism people, gritty realists, two people who were playing around with speculative fiction, a graphic novelist. Everyone respected each other (our program was so small and diverse that competition wasn’t really a thing) but more to the point, everyone was really curious about each other.

What was your MFA experience like outside of the classroom?

My experience was way different from the experience of most MFA students who do not, you know, have kids. It’s really hard for me to get out at night for any reason, let alone going to bars to listen to a reading series and get drunk and talk to other writers. But, sort of Catch-22-topically, it was also really NECESSARY – not only to have social downtime after taking on the burden of a 40-hour job and 12 hours of class, but also to remind myself that this is a real career, and this is how professional writers do it for real. Readings were the equivalent of productivity at work meetings, conferences or sales, or check-ins with your mentor. More than anything else, it was a great way to inject yourself with a dose of real-worldiness, and to be like, this is the next step. This is the next step.

Can you talk about how being a previously published author affected your MFA experience, and what you got out of it?

Officially, I applied to the program to give myself time to write in a vacuum, time when I wasn’t writing for a specific audience or a specific client. Secretly, I was also thinking it would be a networking opportunity — everyone would have agents and work at publishers and magazines, and we’d all start publishing each other.

That didn’t really completely work. Some people did intern at Tin House and Granta, but we were almost all equally clueless about the many-headed beast that is the publishing world. What I didn’t realize, and what was probably my biggest surprise in grad school, was that the shared cluelessness would be a reason for bonding, not competition. I tried hard to keep the books I wrote on the DL. But when people found out, they were excited. They’d read my stories in workshop; they wanted to actually dive into an entire meaty novel I wrote.

And when I started my MFA, I was in a really bad place — one of my publishers had gotten absorbed; my first novel was going out of print; I wasn’t sure what kind of future I had as a writer. And then a picture book I wrote, My First Kafka, got bought, and it came out right before my graduation. And everyone was incredibly supportive, and happy for me, maybe happier than I was, minus all my trepidation and stage fright and performance anxiety. It was like summer camp, except at summer camp I always got beat up. This was the Meatballs I never believed could exist.

Did anyone in your cohort find it difficult to live stipend less in NYC and go to an MFA program at the same time?

We were part of the CUNY system, so the cost of our program wasn’t quite as ludicrous as other schools. The single biggest cost, I think, was living in New York City.

We all had different ways to navigate it, I think. I had a full-time job. The program was really supportive of it — every required class started at 5:00 or later (maybe there was one 4:30 class once?), and my work was really supportive. A few other people also worked. Some of us found ways around it — living with a bunch of roommates, a rent-controlled apartment. The one really awful thing was health insurance, especially for the foreign students. It’s a huge mess. O, America.

What’s something about Brooklyn’s MFA that can’t be found on the program website, that you think potential applicants should know about?

The diversity. Not of the program, but of the cohort. It’s not a school where everyone’s going to write like you or even like your writing. Most professors are one-term guests, which results in some amazing guest teachers who also teach in the $40k-a-year schools, but also result in, say, the thesis advisor who held all her sessions on Skype. But going through two years of your writing life with a dozen other people who are all growing in the same way–It’s more a vote for MFA programs than for Brooklyn, but Brooklyn College does it, and does it so well.

Matthue Roth’s newest book, The Gobblings, is a picture book about aliens and loneliness. His last book, My First Kafka, was called “eerie and imaginative” by The New Yorker. By day he’s a video game designer. He lives with his family in Brooklyn and keeps a secret diary at matthue.com. He is a graduate of the MFA program at Brooklyn College.

If you’re a current student or a recent graduate of a creative writing program and are interested in being interviewed, visit our submissions page.