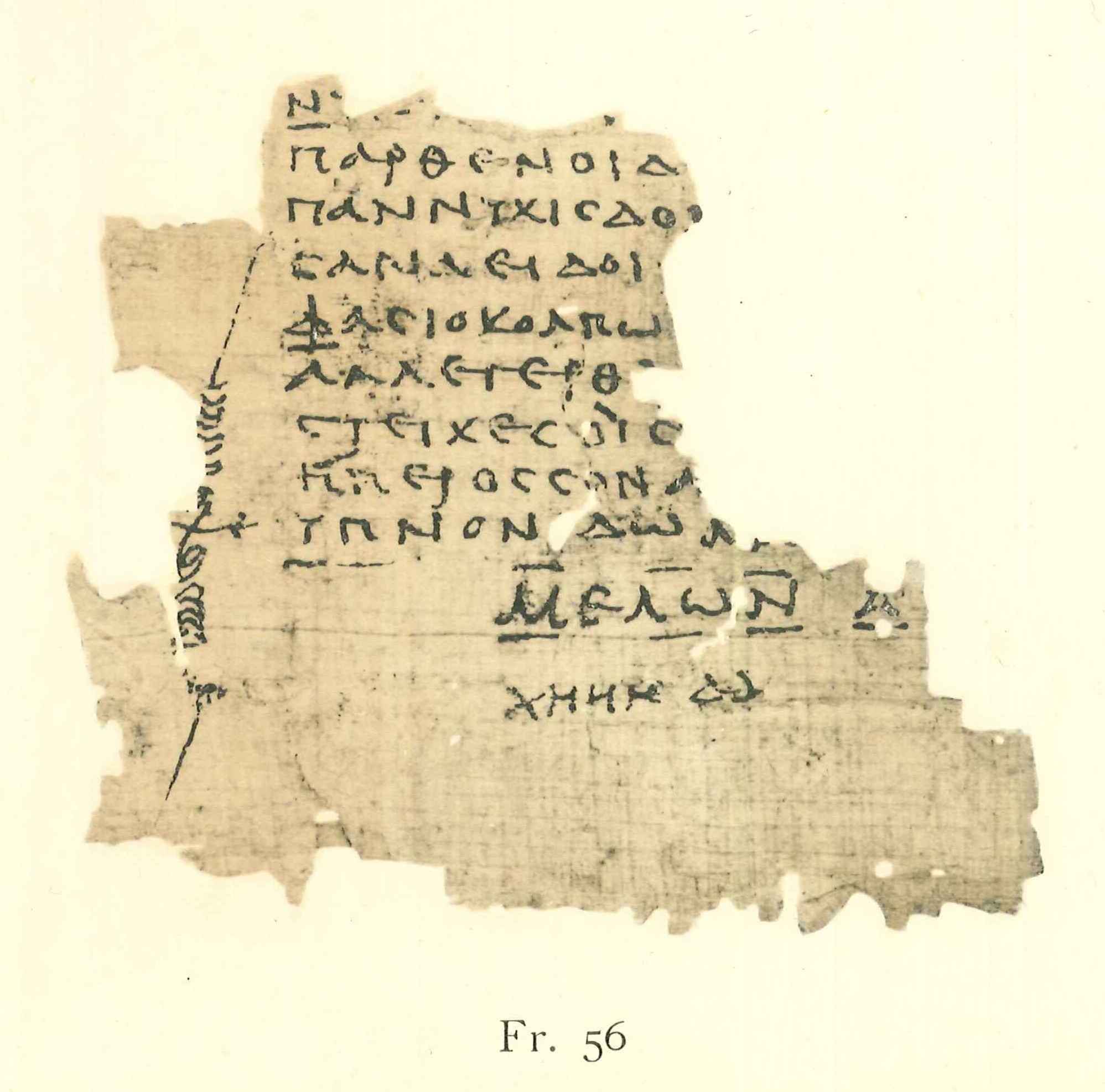 Eros has informed, propelled, and guided my poems, my literary ambitions and my life up to this point. It has influenced the languages I’ve studied for the past five years, the poets I’ve read, the people I’ve pursued, and the MFA programs I applied to during my last year at Kenyon College.

As writers, we try to keep clear of cliché phrases like “life-changing” or “transformative,” and yet, I can trace the bulk of what I’ve written and studied, particularly in the last two and a half years, to one poem I encountered in a Modern American Poetry seminar I took in the spring of my sophomore year. Not only can I trace it back to one poem (“Fragment 116” by HD) but to the five words that formed the epigraph to that one poem, which came from Sappho––a poet I had vaguely encountered, mostly in name and reputation only, before April of 2011. Those five words, μήτε μοι μέλι μήτε μέλισσα neither the honey nor the bee for me, deceptive in their alliterative simplicity, would come to dictate a series of poems which marked many transitions for me, both in my personal and my literary lives.

I had had to drop out of Elementary Greek the previous semester, but I knew enough to hear, and more importantly, taste the beauty in Sappho’s line––all those ms nestled so closely together, interrupted by the long and liquid lovely ls, made me feel what a good line of poetry should do. Before that spring, though I’d already completed the required two semesters of workshops to graduate with an emphasis in creative writing, my poetry was still stuck in the formal rigidity of the thumping feet of a bad 19th century poet. Strangely, it took a line from someone who’s been dead for 2,600 years, and whose language I didn’t know, to teach me how to write well. It just now occurs to me that it was a negation of pleasure, of sensuality, of food and of the melic warmth of song and honey on Sappho’s part that took hold of me and made me explore the lack and the surfeit of food, sex, drink and love.

I asked around the Classics department for a good translation of Sappho, and was told that Willis Barnstone’s translation, Sweetbitter Love, was the way to go. I ordered a used edition that would become my constant companion for two years and hundreds of lines. I followed HD’s model, and, taking a fragment from Sappho, wrote around it to create, through a process of poetic and emotional archaeology, a complete poem that captured the qualities that I found in Sappho in a poem of my own making.

In doing so, I set off on a road that would shuttle me from English to Aeolic Greek, from a world 2,600 years and many thousand miles removed from my own, the environs of Sappho’s Lesbos during the mid 600s BCE to present-day Gambier, Ohio and Southampton, New York. For two years, I operated in that duality, and I came to realize that while we might no longer pray to the goddesses of Love and Persuasion when the object of our erotic affections doesn’t notice us, or though we no longer sing hymns in praise of dancers at altars in Crete, our daily concerns and Sappho’s daily concerns were not all that different from one another.

As humans, we are driven by desire––desire for our names to be spoken in love, desire for fame, for money, for pleasure, for friendship, for the warmth of a body next to ours. All of these desires are found in Sappho. In one of the fragments that has remained in my head for the last two years, Sappho says “And now, to delight my friends, I shall sing beautifully.” In another, she says “Someone, I say, will remember us in the future.”

Maybe it is that desire to make something lovely that outlasts us, so inherent in poetry, that expanded what I thought would be a single exercise in imitation resulting in one poem to grow into a 108-poem series that led to not only individual poems of mine getting published and winning prizes, but also to my getting into SUNY Stony Brook Southampton, my top choice MFA program, and getting published in The Southampton Review, before even applying there. More directly, my friends’ love, and their enjoyment of my work are a great part of what keeps me writing and striving to get better.

The publication of my fragments in various journals, including Mountain Gazette, The Southampton Review, NEAT, and The Colorado Review, led me to meet the editor of a small press called XOXOX Press with whom I signed a contract last month to publish Honeyvoiced, my first book, which will be released this winter.

Personally, these poems allowed me to explore the intersection of poetry and sensuality, a concept I’ve been interested in since I read Edna St. Vincent Millay’s poems in high school. The area I ended up exploring through the fragments became even narrower after a while, or rather, I realized that I kept returning to a particular topic––the erotics of food and drink. In the poems, that make up Honeyvoiced food and drink, particularly fruit, honey, and wine, grew to encompass the idea of erotic experience––and sharing the two became a metonymy for sex. Just as I discovered myself poetically, a few of the fragments led me to meet certain people who would in turn become essential to my life and inspiration for later poems, including the girl with whom I shared my first kiss.

For all the wonderful things that these poems have brought me––friends, recognition, a sense of purpose in my infinitesimal corner of the world, and the ever-increasing thrill when an email appears saying some editor somewhere has enjoyed the poems, it would be disingenuous of me not to admit that there have been bad days too.

There are days, even now, as I prepare to hand off the final manuscript to my editors and all is written, when I have doubts, as I’ve had ever since I started, that anyone will read these little songs I’ve been singing for friends and crushes. There are days when I can’t imagine what I’ve done, not able to decide if spending half of my college career on one series of poems based on such old and difficult material was a good idea or not. There are days when I can’t imagine saying “I’ve had poems published,” not to mention “I signed a contract for my first book of poems on June 20th of my senior year of college. There are days when I get anxious about potential future reviews, about maybe having had only one book inside me, and being done with everything at 22.

Today is not one of those days.